Soni, a businessman who deals in garments, has given the statement before the magistrate under section 164 of the Criminal Procedure Code, the NIA told the special court. The National Investigation Agency (NIA) informed a special court on Monday that Manish Soni, an accused in the Mansukh Hiran case, has been sent to judicial custody till July 17 after he gave a statement in a magistrate court.

Soni, a businessman who deals in garments, has given the statement before the magistrate under section 164 of the Criminal Procedure Code, the NIA told the special court.

Soni’s lawyer Rahul Arote, however, filed an application raising an objection to note that Soni was not produced before the special court, which was to decide on his custody.

Arote said while the trader was to be produced before the special court on Monday, the NIA, instead, informed the court late in the evening that his statement was already recorded and that he was sent to judicial custody by the magistrate’s court.

Arote also said the NIA had produced Soni’s co-accused Satish Mothkuri before the court last week and surrendered him without informing the lawyers.

Soni was arrested on June 17 allegedly for his involvement in the murder of Hiran, a Thane-based shopowner, whose SUV was used to plant gelatin sticks outside the residence of Mukesh Ambani. The NIA claimed that Soni was driving the red car in which Hiran was killed on March 4 and his body was disposed of in a creek. The NIA, which is probing the case, had also claimed that Soni was in contact with retired cop Pradeep Sharma and dismissed assistant inspector Sachin Waze after the alleged offence. So far, 10 arrests have been made in the case. 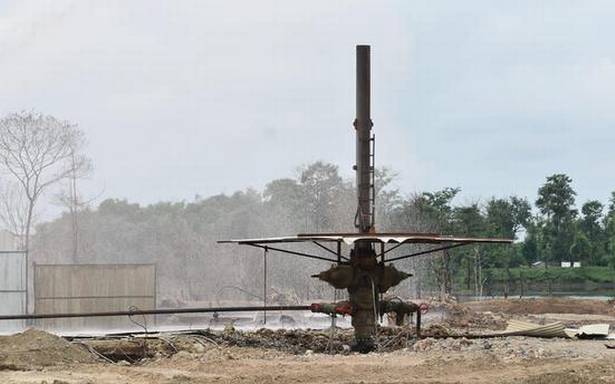