"An unholy nexus of BBMP officers, Arogya Mitras and certain private agents is behind this scam,” Surya alleged, claiming this had led to an “artificial shortage” of beds in the city. 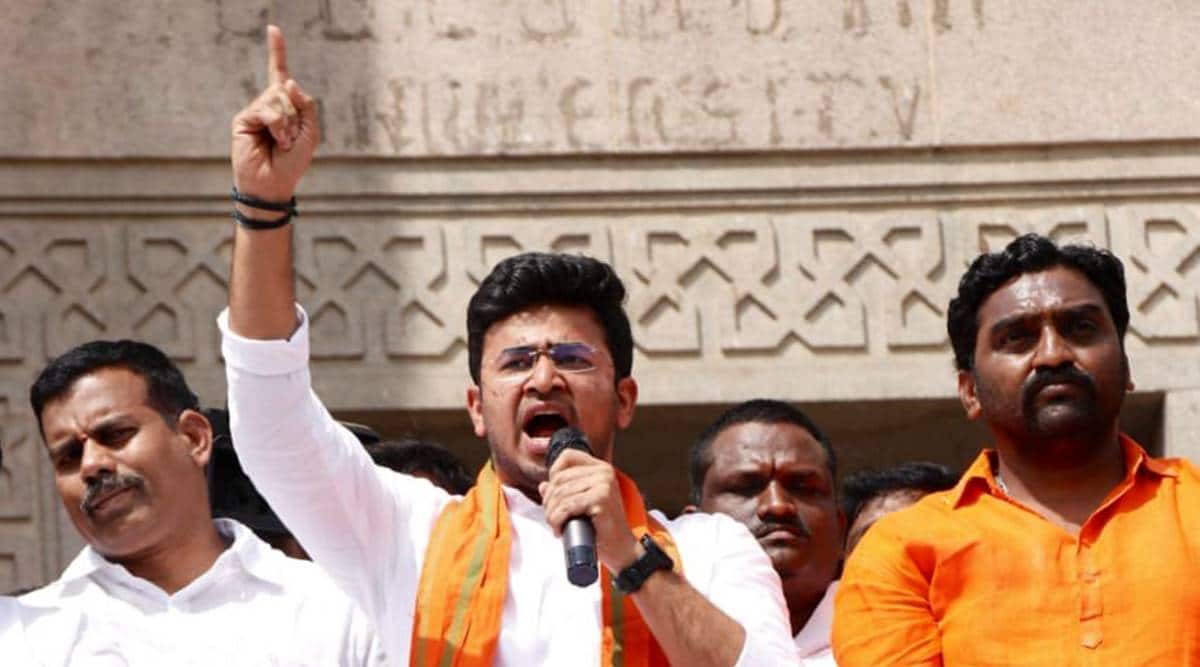 At a time when many Covid patients in Bengaluru are reportedly struggling to find hospital beds for treatment, Bangalore South BJP MP Tejasvi Surya on Tuesday alleged that there was “widespread corruption” in allocating Covid beds in Karnataka’s capital city.

“Bribes are being taken to allocate Covid beds. An unholy nexus of BBMP (Bruhat Bengaluru Mahanagara Palike) officers, Arogya Mitras and certain private agents is behind this scam,” Surya alleged, claiming this had led to an “artificial shortage” of beds in the city.

Speaking to the media along with Basavangudi MLA Ravi Subramanya, Surya claimed “unscrupulous methods” are being adopted and patients who require medical attention are being denied hospital beds. He also claimed that in over 4,000 instances, the BBMP-in charge had booked beds in the name of an asymptomatic patient after being alerted of a vacancy.

“So, the same bed is again allotted to another patient after a few hours, either based on monetary considerations or influence by authorities in other cases. The common man calling the helpline is left high and dry,” he alleged.

The BJP MP also claimed that there have been instances when many patients were admitted quickly in certain hospitals — Manipal, Navachetana, Aster CMI and Aster RV — after midnight hours.

“When in each of the (eight) zones and on the helpline number (108) there are 100 bookings being done per day on an average, who are the patients being admitted to hospitals and given Covid treatment?” he asked.

“Every day there are so many patients who are getting discharged, so many who are unfortunately dying and therefore there must be beds that are made available daily. When you check the BBMP website, at any point of the day, it shows all beds are blocked. How does this happen?” he further questioned.

Surya further claimed that he is aware of situations where patients were asked to pay money upfront to get a hospital bed. “My office has tipped off the police in an instance after which an accused was arrested,” he said.

“Under whose control is BBMP? They should immediately name the BJP minister responsible for people’s suffering,” Shivakumar said.

Surya’s allegations come at a time when Bengaluru reported 20,870 new Covid cases and 132 deaths on Tuesday. There was 44,631 new cases and 292 deaths in the state on the day.

Those involved in ‘bed allotment scam’ to be arrested under provisions of Goonda Act: Dy CM

Reacting to the allegations, Deputy CM C N Ashwathnarayan said that people found allotting beds for money would be arrested under the Goonda Act.

“The public can call 112 and lodge complaints about such practices. The extortion of money from Covid patients will not be tolerated. Nodal officers from the police department will be deployed to supervise such issues,” he said.

Head of the ministerial Covid task force in the state, Ashwathnarayan, said, “Blocking of beds will not be allowed. It will be made compulsory for both government and private hospitals to update the status of bed allotment in the SAST (Suvarna Arogya Suraksha Trust) portal on a real-time basis.”

The task force further explained that officials have been directed to ensure that the helpline number 1912 is working perfectly at all time and to automate the bed allotment process. “An Integrated Index App should also be created within two days in an effort to streamline Covid management,” Ashwathnarayan said after a meeting with the members of the state task force.

Every second person in Anantapur is COVID positive
Celebrity