Overruling the state's objections, a bench of Justice Arun Mishra and Justice Deepak Gupta also ordered that it will have to bear operational losses “as Metro is a conveyance within the state”. 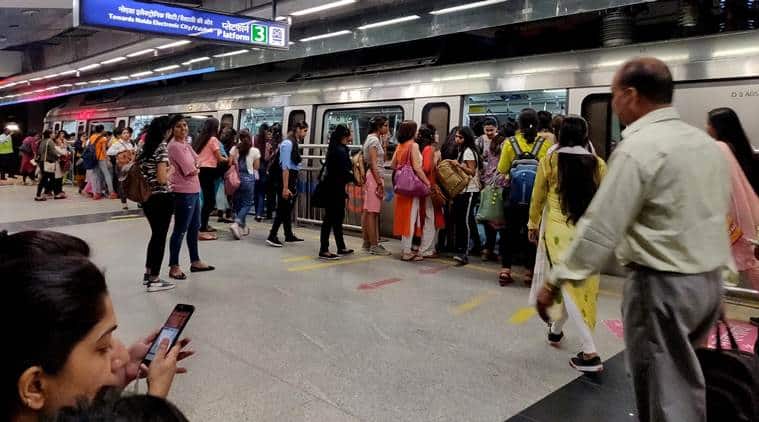 The Supreme Court, on Friday, cautioned the Arvind Kejriwal-led Delhi government over its plan to provide free Metro rides to women, and warned it would intervene if “public money” is used to provide “sops and freebies” that hurt the financial health of the Delhi Metro Rail Corporation.

Overruling the state’s objections, a bench of Justice Arun Mishra and Justice Deepak Gupta also ordered that it will have to bear operational losses “as Metro is a conveyance within the state”.

“If you will allow people to travel for free, then the Delhi Metro may go into loss. If you will give freebies, we will stop you… Do not give sops, it is public money,” said the bench while hearing the matter of construction of Phase IV.

Justice Mishra stated the court would be forced to intervene if government policies affect the Metro’s financial health. “You are handling public money. Court is not powerless to order proper channelisation of funds,” he told the counsel appearing for the Delhi government.

The court said the state was bound to ensure its policies don’t adversely affect the Metro.

“The GNCTD (Government of National Capital Territory of Delhi) is bound to ensure financial health of DMRC is maintained properly and no steps are taken so it may run into loss,” the court said.

Commenting on the proposal for free rides, the court remarked that “on one hand you want to give freebies. You also want the Centre to bear operational losses”.

The reference was to the state’s stand that the Centre should share any future operational losses that may be suffered by the DMRC as well as the land costs for the project. The differences had delayed the project. However, on July 12, the top court ordered that it be executed without any further delay.

Additional Solicitor General A N S Nadkarni, appearing for the Centre, told the bench Friday that as per the revised policy of 2017, it could not share the costs and that any deviation in one state might lead to similar demands from other states too.

On the question of repayment of loan to Japan International Cooperation Agency, the court said “the Metro can’t bear this cost once you start giving sops and freebies”.

The bench agreed the land costs should be borne equally by the state and Centre, and directed the latter to release 50 percent of the estimated Rs 2,447.19 crore for this in three weeks.

The 103.94-km Phase IV of the Metro consists of six corridors — Aerocity to Tughlakabad, Inderlok to Indraprastha,