A look at the bed occupancy report shows that out of close to 90 hospitals with beds for Covid patients, 29 private hospitals and one government hospital have already run out of beds 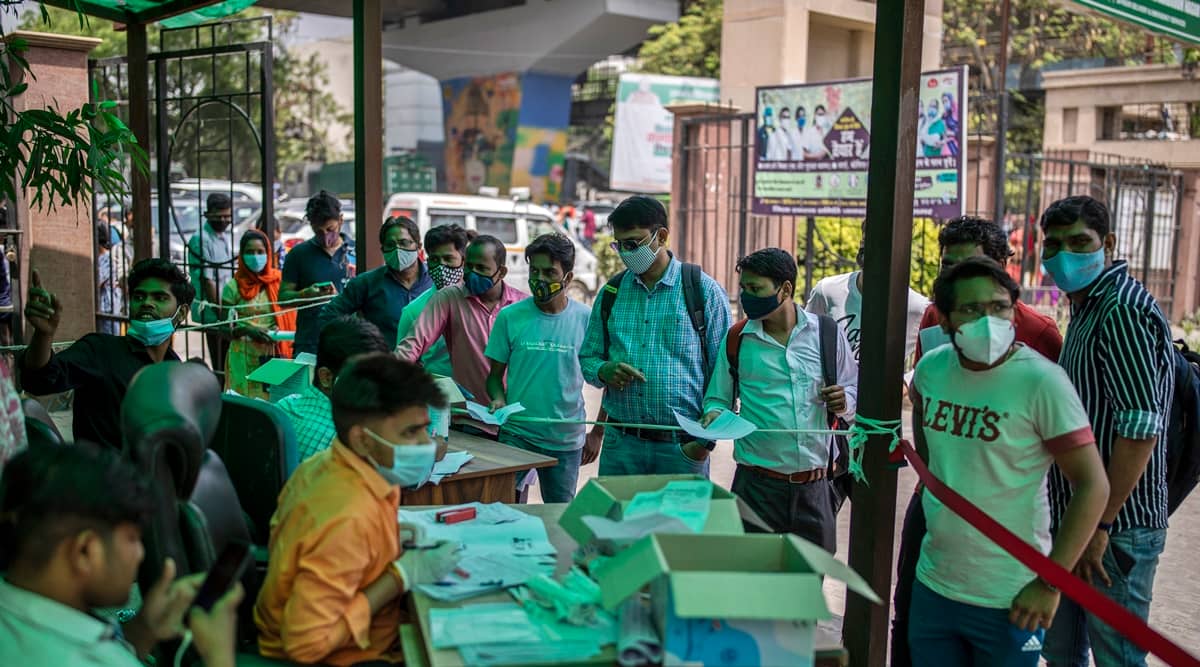 In the past 10 days, the occupancy of ICU beds (with ventilators) for Covid-19 patients has gone up by 369 even as cases surge in the city.

While there were 278 Covid patients admitted in ICUs (with ventilators) across hospitals on March 30, the number has gone up to 647 on April 8. The number of these beds, meanwhile, has also gone up from 787 to 959 in the same time period, as the Delhi government set aside more beds in private and government facilities, keeping the caseload in mind.

However, there are no directions yet on starting new Covid Care Centres or taking over hotels and linking them with hospitals in case hospitals start to get full.

According to Delhi government officials, a Delhi Disaster Management Authority meeting is scheduled for Friday, in which the issue of hospital bed availability will be taken up. At present, a total of 8,846 beds are available for Covid patients in the city, of which 959 are those with ventilators.

Delhi has seen over 21,000 cases in the past week. AIIMS head Dr Randeep Guleria had earlier told The Indian Express that a large number of people testing positive in this wave were young.

A senior government official said the office of the Chief Minister is keeping a close eye on the situation and directions to reserve more beds will be passed in case the patient load increases significantly. “Bed availability was augmented earlier in the week to ensure we are not in a position where those requiring hospitalisation are turned away. More beds will be requisitioned, if needed. At present, the situation seems under control but we are vigilant,” the official said.

Requisitioning beds this time around, however, will be tougher than it was last year during the lockdown. While Delhi has ordered a night curfew, there are no curbs on travelling during the day and hotels are functional as well. When the lockdown was imposed last year, hotels were shut, and because of low traffic volumes, the number of accident and trauma cases in hospitals was low.

District officials said Delhi has the capacity to increase beds in Covid Care Centres run by it in the North and Northwest districts. “The arrangement at present is for around 500 people but can be increased to 2,500. Each district has been asked to assess the situation at its level and make requisitions accordingly,” a senior official said.

When Covid cases were at its peak in November and December, a large facility at Chhattarpur built months earlier had the capacity to house around 10,000 patients. A temporary hospital was also started in Dhaula Kuan by July, wherein the capacity to take in patients requiring ICU beds was increased to 500 in December. Both these facilities have now been dismantled, with the patients from the Chhattarpur centre being shifted to the new Delhi government hospital in Ambedkar Nagar.