DG (Prisons) Sandeep Goel said, “Yasin Bhatkal has a problem of joint pain and has requested for consultation with a Ayurvedic doctor, which we will allow.” 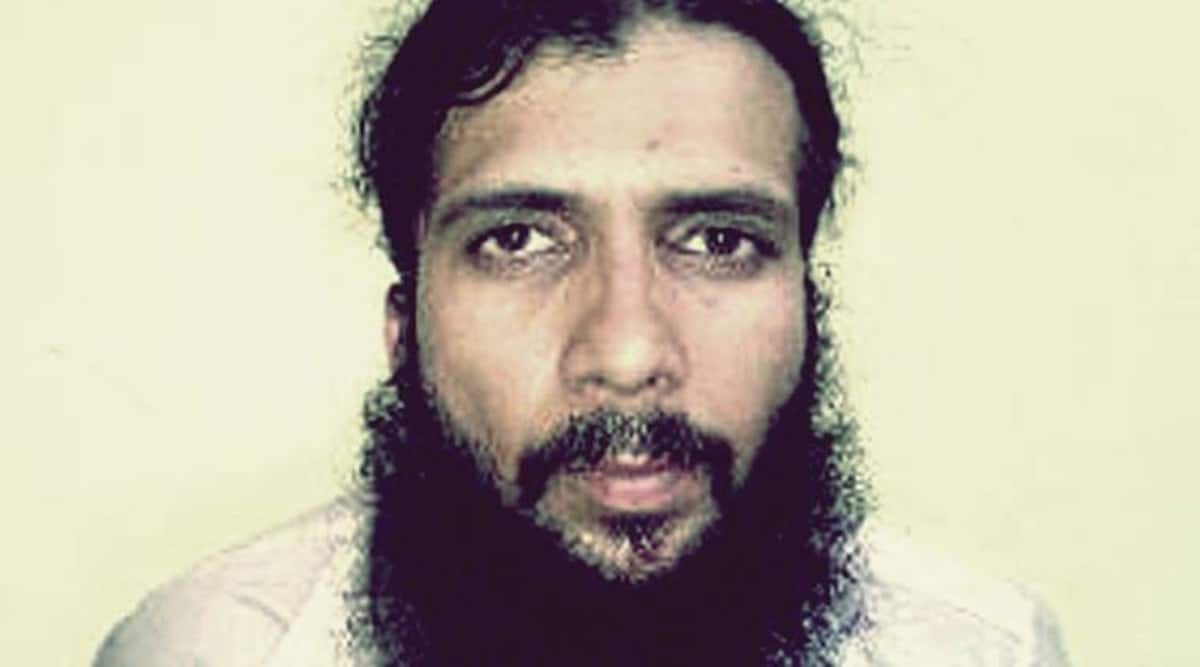 DG (Prisons) Sandeep Goel said, “He has a problem of joint pain and has requested for consultation with a Ayurvedic doctor, which we will allow.”

Yasin allegedly established the IM’s so-called Darbhanga, Delhi and Ranchi modules, and was responsible for a series of attacks, including the German Bakery blast, the Delhi Jama Masjid shooting, and the Varanasi blast (all in 2010), the 2011 Mumbai bombings, and the 2013 Hyderabad blasts. “Yasin is thought to have been radicalised around the time he was 17. He was arrested from Nepal in 2013 along with another IM operative Asadulla Akhtar. His interrogation led to the identification of several top IM operatives,” a senior police officer said.

Jail officials said Yasin is lodged in jail number 2 of Tihar jail, where gangster Chhota Rajan and Tehseen Akhtar, who was the chief of IM after Yasin’s arrest, are also lodged.

Tehseen recently came on radar of several intelligence agencies after he sent messages on the Telegram channel of purported terror outfit Jaish-Ul-Hind, which was created to claim responsibility for parking an SUV with gelatin sticks outside Mukesh Ambani’s residence in Mumbai.