After the family could not pay the fees, Greeshma was allegedly not allowed to attend classes and subsequently, her name was not registered for the Class X boards and she was not given a hall ticket. 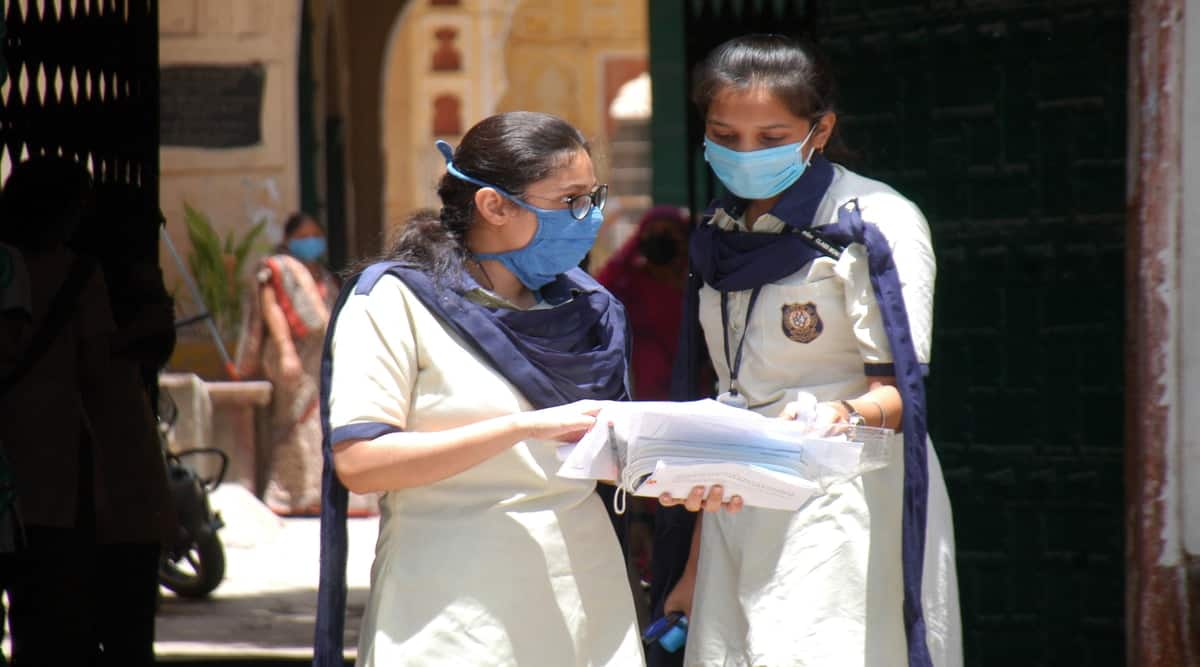 After recovering from a suicide attempt when her family failed to pay school fees and the institution denying a hall ticket for the examination, a 16-year-old girl hailing from Koratagere town in Tumakuru district of Karnataka topped the SSLC (Class X) supplementary examination. The results were declared Monday.

Greeshma Nayak, daughter of a farmer, is now hoping to get admission at some good PU college with science (Physics, Chemistry, Mathematics, Biology).

Speaking to The Indian Express, Greeshma said she began preparing for the boards from the beginning of the year. “Despite not being able to attend classes as we were not in a position to pay the fees due to the Covid-19 crisis, my elder sister Keerthana helped me with the core subjects. I began learning language subjects three months before the examination but was shattered to know that my name was not registered by the school.”

Greeshma was a student of Alva’s English Medium High School in Dakshina Kannada district till Class IX. After the family could not pay the fees, Greeshma was allegedly not allowed to attend classes and subsequently, her name was not registered for the Class X boards and she was not given a hall ticket.

Her father Narasimhamurthy B R and mother Padamavathamma T P, a homemaker, now hope to be able to support their daughter achieve her aspirations of becoming a doctor.

Her parents alleged that the school management refused them additional time to pay the fees for two academic years (Class IX and X) together to further the registration process, “despite Greeshma scoring 96 per cent in Class IX”.

They then appealed to the jurisdictional Deputy Director for Public Instruction (DDPI) after which the case was escalated to the then Primary and Secondary Education Minister S Suresh Kumar.

With similar issues being reported from across the state, Kumar had then announced that the government will ensure that no student is denied hall tickets to attend the board examination due to non-payment of fees.

Later, Kumar visited Greeshma’s residence and promised her the department will allow her to take the supplementary examination as a fresh candidate. Being informed of the achievement, Kumar congratulated Greeshma and highlighted that her commitment towards preparing hard was fruitful. “This has helped her achieve her aspirations, now becoming a model for others,” Kumar said.

However, Karnataka Secondary Education Examination Board (KSEEB) has identified Greeshma as a student of Alva’s English Medium High School in the results published Monday.

“The school had sent my name to the board after the former minister’s intervention, with the DDPI overseeing the matter. This helped me appear for the supplementary examination as a fresh candidate,” Greeshma said.

Meanwhile, school headmistress Vijaya T Murthy alleged Greeshma’s parents had not approached them and were “totally cut off” since she was promoted to Class X.

“We had called them (parents) and even sent letters in correspondence to get her enrolled for Class X when the academic year began. While none of these were answered, we were startled by the fact that the school was blamed for seeking outstanding fees. A simple conversation would have avoided such complications as we were able to register nearly 340 other students without any trouble,” she said.

Greeshma added that she was hoping for a better result. “I was expecting to score above 615 (out of 625) but was worried during the examination as I erred in a few multiple-choice questions due to the tension I was in,” she said. The teenager scored 599 (95.84 per cent) to top 53,155 candidates.