The Karnataka HC said the case of the Shiva statue on an artificial island was 'legal, not religious'. Even as the Karnataka High Court Wednesday upheld its 2019 interim order against the creation of an artificial island in Bengaluru’s Begur lake and the installation of a Shiva statue on it, some right-wing groups went ahead and unveiled the statue.

The idol had originally been installed by the Bruhat Bengaluru Mahanagara Palike, but the creation of the island itself in the lake was held illegal by the court. Last week, it was unveiled by right wing groups. 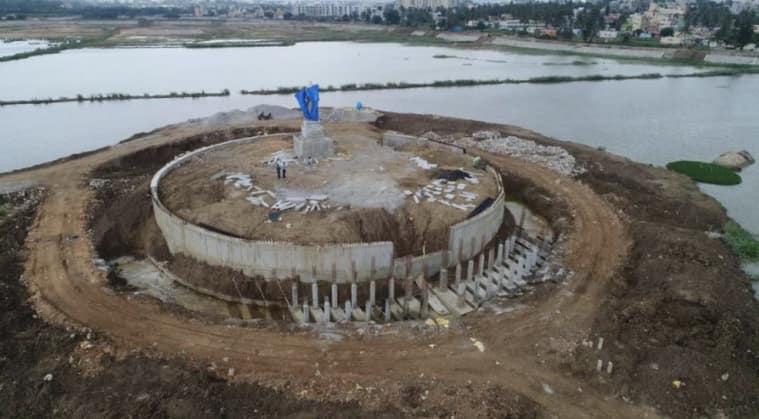 Presented with a memo by one of the petitioners that the idol was unveiled last week by ‘Puneeth Kerehalli’ and other right wing organisations, the Bench noted, “We direct the AGA (Advocate General Additional) to forward a copy of the memo along with annexures to the Commissioner of Police Bengaluru, who will personally look into the matter and initiate action in accordance with the law.”

The court also directed the state government to file a report of compliance about the action taken by the commissioner of police, as well as action taken to post requisite police force around the Begur lake. The report should be submitted by August 17 and the matter will be next heard on August 18.

The Bench added, “If what is stated in the memo is correct, the practice of defying orders of the court in this fashion has to be deprecated by all concerned. We direct the state to ensure that police keep constant vigil near the island created in the Begur lake.”

Further, the court also orally said, “Openly in daylight, orders of the court are defied by making an appeal, the state government must act on its own”, while terming the incident “sheer lawlessness”.

Advocate S H Prashant, who appeared for BBMP, informed the court that the idol had been covered “as of 11.45 am today (Wednesday).” Noting this, the court recorded, “BBMP says status quo has been restored today by again covering the statue and by removing the flags on the island.”

Criticising the alleged actions of the right-wing activists, it noted, “If anyone is aggrieved by the orders passed by this court, he has statutory remedies available.”

The memo filed before the court also mentioned a video published on a Facebook page earlier last week, with the caption “Hindus Beware Of The Christian Missionary Conspiracy To Remove Shiva Statue – Hindu Organisations Must Come Together”.

However, the court reiterated that the issue was a legal one, and not religious. “The issue about Begur lake is about the action of BBMP of creating artificial islands and installing statues. The issue involved is a legal issue about whether an island can be constructed in the middle of a lake. There is no religious issue involved in this group of petitions,” Chief Justice Oka said.

A few hours after the High Court heard the case based on petitions filed by Citizens Action Group and others on Wednesday, local residents told The Indian Express that the Shiva statue was unveiled again following a protest at the island, while police officers were present at the boundary of the lake. 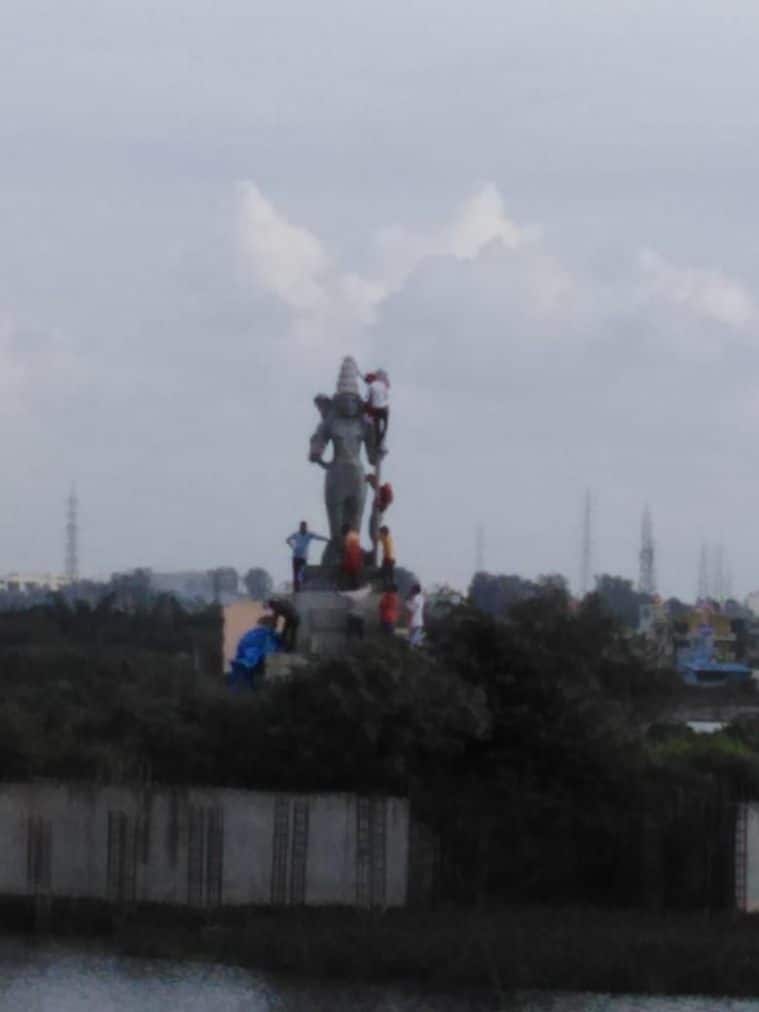 “Even as court orders were being given regarding the Begur lake, even as BBMP assured that the statue had been covered again, some elements removed the tarpaulin, openly violating court orders. They even did a Facebook live about this issue,” a member of the Citizens Action Group said. The member also sought to know why police action was not taken subsequently.

Another local resident said, “The protesters who went on to unveil the statue this evening also demanded that Bengaluru South BJP MLA M Krishnappa meet them and resolve the issue.”