Khusbu Sundar tweeted that she is safe and that the accident occurred after a tanker rammed into her car near Melmarbathur in Tamil Nadu. 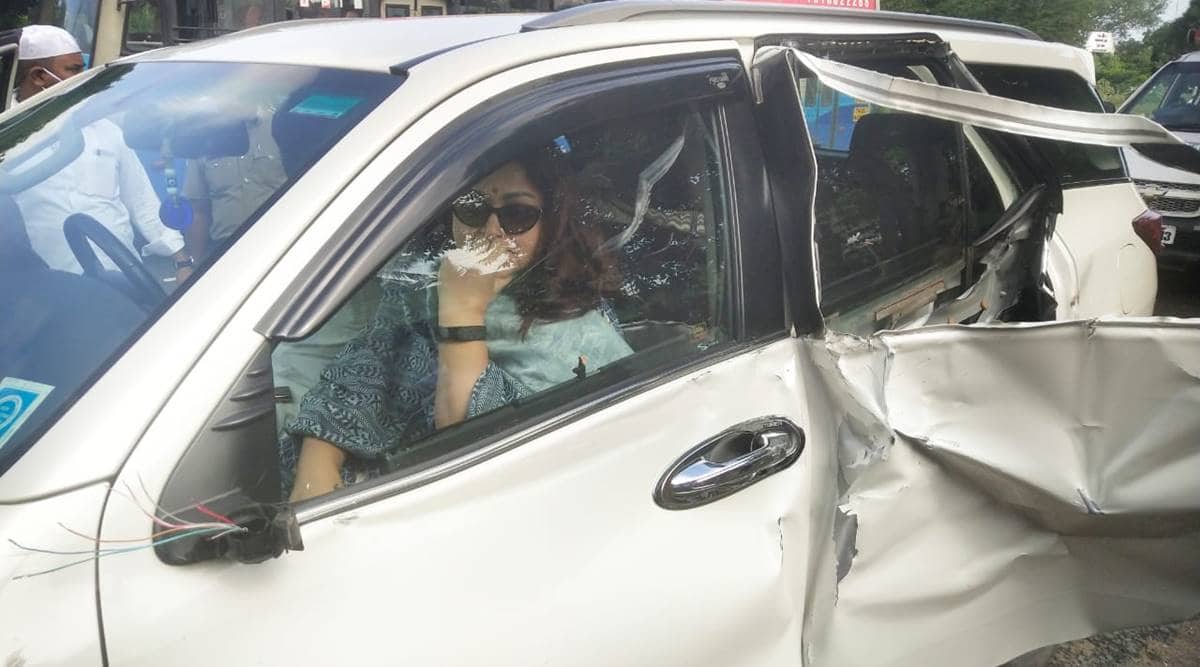 Actor-politician Khushbu Sundar on Wednesday met with an accident while she was on her way to participate in BJP’s ‘Vel Yatra’. Khushbu and her niece Raja Priya both escaped unhurt. The mishap occurred after a tanker rammed into her car near Melmarbathur in Tamil Nadu and the police are investigating if there was any foul play, or the driver (of the container) was under any influence. The BJP leader is continuing her journey to Cuddalore.

“With your blessings and God’s grace, I am safe. Will continue my journey towards Cuddalore to participate in VelYaatrai. Police are investigating the case. LordMurugan has saved us. My husband’s trust in him is seen,” Sundar tweeted, sharing pictures of her damaged car.

“Request the press to understand that a container rammed into me and not the other way. My car was on the move in the right lane and this container came from nowhere and rammed into me. Police are investigating n questioning the driver to rule out any foul play,” she further added.

The Tamil Nadu BJP is holding the yatra despite the state government banning it. The month-long rally, visiting six abodes of Lord Muruga and modelled on the rath yatra, was scheduled to begin November 6 from Tiruttani temple, in north of Tamil Nadu, and culminate at Tiruchendur temple, in the southern part of the state. The ‘Vel Yatra’ is seen as an attempt by BJP to consolidate Hindu votes in the state.

The Tamil Nadu government had denied permission for the yatra in view of the Covid-19 situation as well as possible communal tension—as feared in multiple complaints from opposition parties and two PILs filed in HC against the yatra.