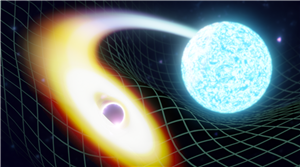 For the first time in January 2020, the LIGO-Virgo network of detectors made the ground-breaking discovery of gravitational waves from a pair of NSBH mergers. Researchers from Laser Interferometer Gravitational-wave Observatory- India have contributed to this major discovery. 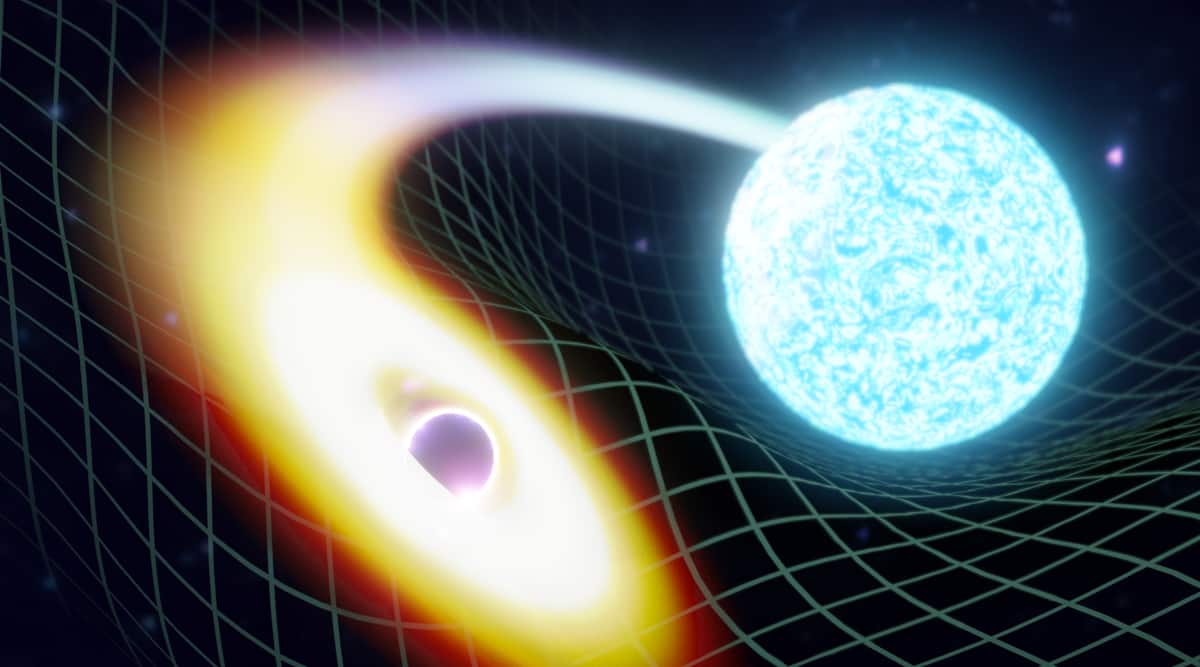 The first confirmed detection of a neutron star-black hole (NSBH) collision has triggered huge excitement in the scientific community. This ground-breaking discovery of gravitational waves for a pair of NSBH mergers (collisions between a neutron star and a black hole) was published Tuesday in the Astrophysical Journal Letters.

Prof Somak Raychoudhury, director of Inter-University Centre for Astronomy and Astrophysics, told The Indian Express that this was expected for a long time but was not confirmed. A new analysis was done to reconfirm this discovery which has now been published in the international journal.

Until now, the LIGO-Virgo collaboration (LVC) of gravitational waves detectors has only been able to observe collisions between pairs of black holes or neutron stars. For the first time in January 2020, the LIGO-Virgo network of detectors made the ground-breaking discovery of gravitational waves from a pair of NSBH mergers. Researchers from Laser Interferometer Gravitational-wave Observatory- India have contributed to this major discovery. Prof Raychoudhury said there is a lot of interesting science here. “For instance, a neutron star has a surface while a black hole does not. A neutron star is about 1.4-2 times the mass of the sun while the other black hole is much more massive. Widely unequal mergers have very interesting effects that can be detected,” he explained.

Data as to how often they merge will also give us clues about their origin and how they were formed, said Dr. Shasvath Kapadia from the International Centre for Theoretical Sciences (ICTS) in Bengaluru. Dr Kapadia helped with the estimation of the NS-BH merger rate, using a method he co-developed.

“Among the authors of this paper is also Bhushan Gadre who was a PhD student at IUCAA till recently and took part in a lot of our Marathi outreach programmes. He is now at Max Planck Institute in Germany,” Prof Raychoudhury said.

According to the IUCAA director, the technique used here to detect the signal is called matched filtering. “This was also used for the first discovery of gravitational waves. It may be recalled that this was developed at IUCAA in the 1990s by Sanjeev Dhurandhar and collaborators,” Prof Raychoudhury said.

Prof Sanjith Mitra, s scientist with LIGO-India said what is so exciting is that LIGO-India will significantly improve the sky localisation of these events. “This increases the chance of observation of these distant sources using electromagnetic telescopes which will, in turn, give us a more precise measurement of how fast the universe is expanding,” Prof Mitra told The Indian Express.

How the detections were made

As the two compact and massive bodies orbit around each other they come closer, and finally merge, due to the energy lost in the form of gravitational waves. The gravitational waves signals are buried deep inside a lot of background noise. To search for the signals, scientists use a method called matched filtering. In matched filtering, various expected gravitational waveforms predicted by Einstein’s theory of relativity are compared with the different chunks of data, to produce a quantity that signifies how well the signal in the data (if any) matches with any one of the waveforms. Whenever this match (in technical terms “signal-to-noise ratio” or SNR) is significant (larger than 8), an event is said to be detected. Observing an event in multiple detectors separated by thousands of kms, almost simultaneously, gives scientists increased confidence that the signal is of astrophysical origin, which is the case for both events.

How sure are we that they are NS-BH mergers

Using Parameter Estimation tools scientists find the probable masses, spins, distances, locations of these mergers from the data. Both of these events occurred 1 billion light-years away. As the GWs also travel with the speed of light, this means that we observed mergers that happened over 1 billion years ago, well before life appeared on earth.