With rising cases of Covid-19, the enthusiasm and scale of work this time has been largely missing, say sculptors. Health concerns have forced several groups to cancel garba events. 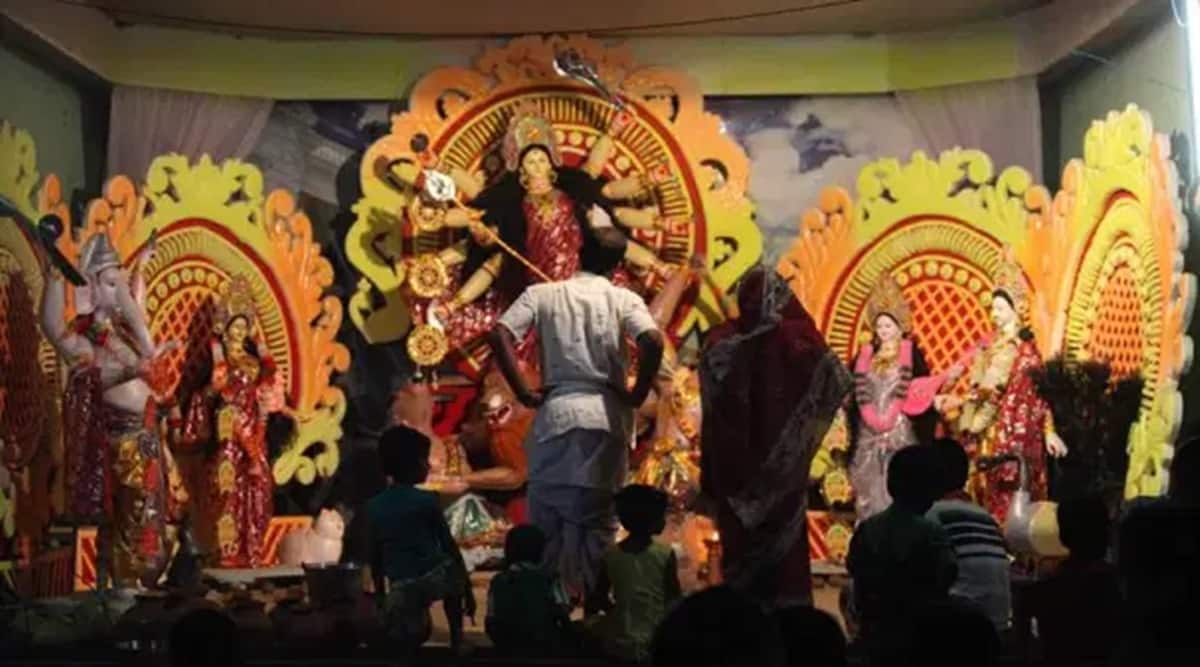 Amid lack of guidelines from the state government ahead of Navratri, idol makers in the city have decided to stick to guidelines that were issued for Ganpati festival. With less than a month to go for the festival, which begins from October 17, the Home department or BMC is yet to issue a statement on protocols to be followed.

In July, a month before Ganpati festival, BMC in its guidelines had said no more than five persons should participate in the arrival and immersion ceremonies, whereas the Home department had capped the height of idols at four feet. Pandals should have sanitisers and thermal screening facilities, and no aarti should be conducted at the immersion venue, the notification by the department had said.

With idol workshops in Pen and Kurla, Pradeep Pacharne said idols not more than four feet were being made this time. Depending on requirement, idols were being made in clay and plaster of paris (PoP). “If the guidelines are any different than what we’re following, it could be troublesome for us. Working on devi idols begins as soon as Ganpati festival wraps up,” he said.

Third generation idol sculptor Siddhesh Bhonsle said the orders for devi idols has considerably reduced this year. “We have about 10 orders this time, which we are preparing as per the guidelines for Ganpati festival. We haven’t approached anyone due to Covid scare. Not many groups are celebrating the festival this time.”

On Sunday, BJP leader Ashish Shelar had tweeted about the worry of sculptors in absence of guidelines about idol height and other modalities.

With rising cases of Covid-19, the enthusiasm and scale of work this time has been largely missing, say sculptors. Health concerns have forced several groups to cancel garba events.

Siddhartha Rane, manager of a workshop run by Amdar Vitthal Chavan Smruti Pratisthan on Currey Road which lends space to sculptors from Orissa, West Bengal and Konkan among other areas, said several sculptors have chosen to stay put at their native places instead of coming to Mumbai. “Usually, 6-7 sculptors, each making over 50 idols, use our space ahead of Navratri, but the number this time has dwindled to about three sculptors. We will be following all safety protocols issued by the state government.”