Mumbai Live News: As the fear of the new Omicron Covid-19 variant spreads across the country, the unseasonal rain has slowed down the mass immunisation programme again. The rural areas that are already lagging behind are the worst hit in the downpour.

This comes at a time when Maharashtra Health Minister Rajesh Tope on Friday said the swab samples of 28 persons, who returned to the state from high-risk countries last month with nine of them already testing Covid-19 positive, have been sent for genome sequencing amid concerns over the new Omicron variant of the virus, PTI reported.

“The international travellers who arrived in Mumbai from the high-risk countries have been identified and the swab samples of 28 such persons have been sent for genome sequencing. Out of them, nine persons have already tested Covid-19 positive. However, we are yet to establish whether they are carrying the new Omicron variant,” he said.

Investigation into the Ahmednagar district hospital fire is stuck, as the state government is yet to provide the local police access to the electrical inspection report of the Intensive Care Unit (ICU) ward where the fire broke out on November 6, killing 14 Covid-19 patients. In the last 20 days, the police have sent five reminders to the government seeking the report, said officers. Read More

Former Mumbai police commissioner Param Bir Singh has accepted his suspension order and the Maharashtra home department has received its acknowledgement, an official said here on Friday. Singh, currently Director General, Home Guards, was placed under suspension on Thursday after he was named as accused in at least five cases of alleged extortion in Mumbai and Thane. The former Mumbai police commissioner had earlier accused then state home minister Anil Deshmukh of corruption. (PTI)

The state government on Friday told the Bombay High Court that Chief Minister Uddhav Thackeray had approved and signed the appointment of chairperson and two members, including a judicial member and human rights expert member, to the Maharashtra State Human Rights Commission (MSHRC) and had sent the same to Governor Bhagat Singh Koshyari for his approval. The government counsel said it hoped that the Governor would ratify the appointments before December 10, which is observed as Human Rights Day. Read More 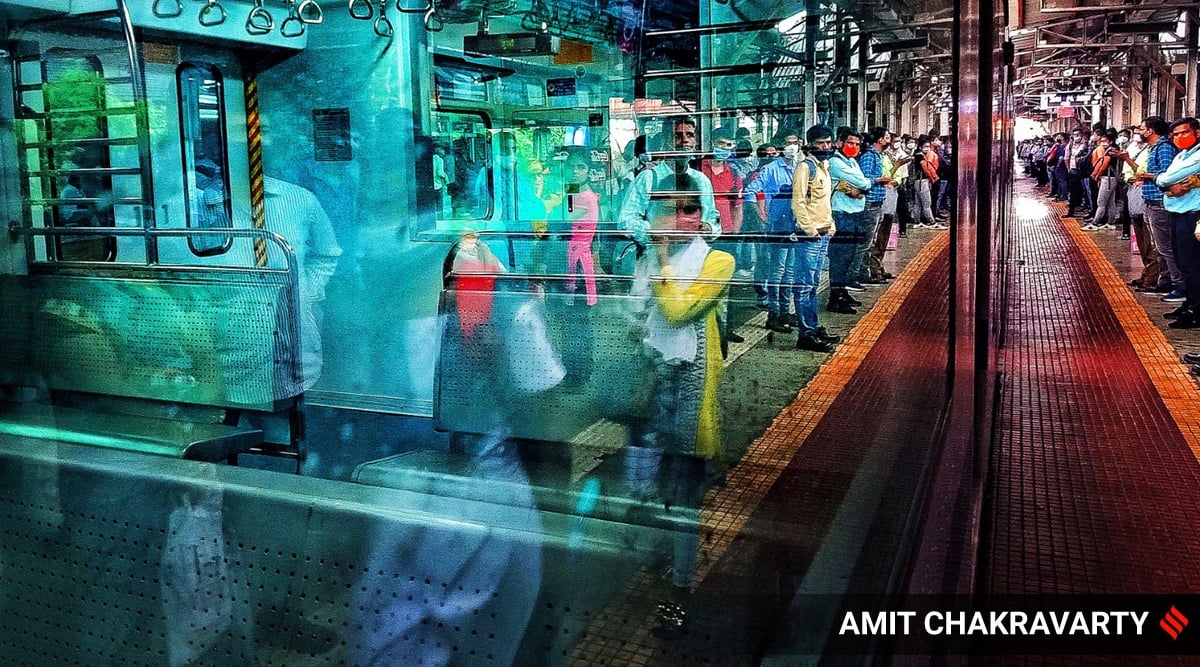 Commuters at Kurla Station in Mumbai on Friday. (Express Photo by Amit Chakravarty)

Next Speaker will be from Congress, says Patole

Maharashtra Pradesh Congress Committee president Nana Patole has said that the election for the post of the Speaker of the Legislative Assembly will be held in the winter session in December and the Speaker will be from Congress.

The post had fallen vacant due to the resignation of Nana Patole, who took over as state Congress chief. Thereafter, there was no unanimity among the various constituents of MVA over who would be the Speaker and from which party.