Uttar Pradesh Chief Minister Yogi Adityanath had announced the name change, saying in “the new Uttar Pradesh there is no place for symbols of mindset of slavery”. 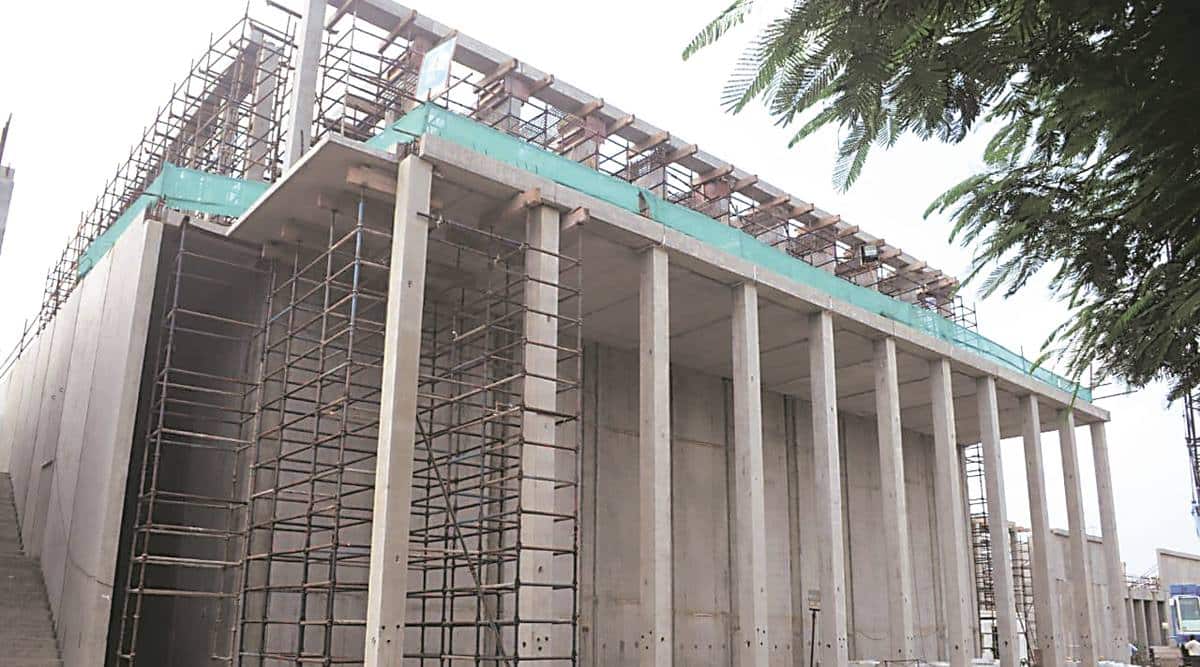 The change of name from ‘Mughal Museum’ to ‘Chhatrapati Shivaji Maharaj Museum’ is likely to further delay the project next to the Taj Mahal, already way behind schedule due to dwindling funds and mounting costs. However, the latest problem may take the longest, as the authorities try to find enough links between Shivaji and Agra to fill a museum.

Uttar Pradesh Chief Minister Yogi Adityanath had announced the name change, saying in “the new Uttar Pradesh there is no place for symbols of mindset of slavery”.

Launched by former CM Akhilesh Yadav in January 2016, the museum located less than 1.5 km from the east gate of the Taj Mahal was to showcase Mughal-era culture, artefacts, paintings and cuisine. The project was to cost Rs 141 crore and be finished in two years. It’s only 70 per cent done, with Rs 90 crore so far sanctioned, even as the GST and the time factor push costs up to an estimated Rs 170 crore plus. Among the reasons for the delay and costs is that all concrete structures for the project have to be carted from Noida, around 200 km away, with such construction barred near the Taj Trapezium Zone.

Sources said that concerned about the project’s viability, the government had recently asked the architect as well as the Rajkiya Nirman Nigam, which is handling the construction, for a “business plan”. The extra funds are yet to be cleared by the Finance Department.

Now comes the change in name, from Mughals to Shivaji. Amit Srivastava, Deputy Director, Tourism, Agra, said, “There is certainly a link between Shivaji and Agra. He was kept in captivity at Agra Fort during the era of Aurangzeb and bravely escaped.” The Tourism Department is the nodal department for the project.

Srivastava added that once they got the go-ahead, the department would engage historians from Bhimrao Ambedkar University in Agra to know more about the links of Shivaji. Officials estimated a delay of one more year at least.

However, B D Shukla, Assistant Professor in the Department of History and Culture at the university, fears it might take longer. Recounting Shivaji’s time at Agra in 1666, he said, “After Shivaji lost all his forts, he was called here by Aurangzeb. Shivaji got angry when he was not treated well. He was later held captive in the Ram Singh ki kothi. However, so far neither the ASI nor any historian is 100 per cent sure where this Ram Singh’s kothi is.”

Shivaji is said to have hidden in a fruit basket and taken a boat to escape via the Yamuna. Officials hope to trace all the places Shivaji might have visited nearby.

The links between Agra and the Mughals, on the contrary, run deep – and beyond Taj Mahal. Agra was the centre of the Mughal empire from the time of Akbar in 1560, to 1650.

Srivastava doesn’t seem to anticipate an issue. The ambit of the museum isn’t just Mughal culture, he argues, “but the culture, art and artefacts of the entire Braj region and the history of the period”. That loosely means an area of around 5,000 sq km, from Mathura in UP to Bharatpur in Rajasthan and Palwal in Haryana.

For all the latest Lucknow News, download Indian Express App.