Singh junked reports on the alleged rift between Modi and Adityanath, describing the CM as the most "competent person" to fulfil PM's dream. 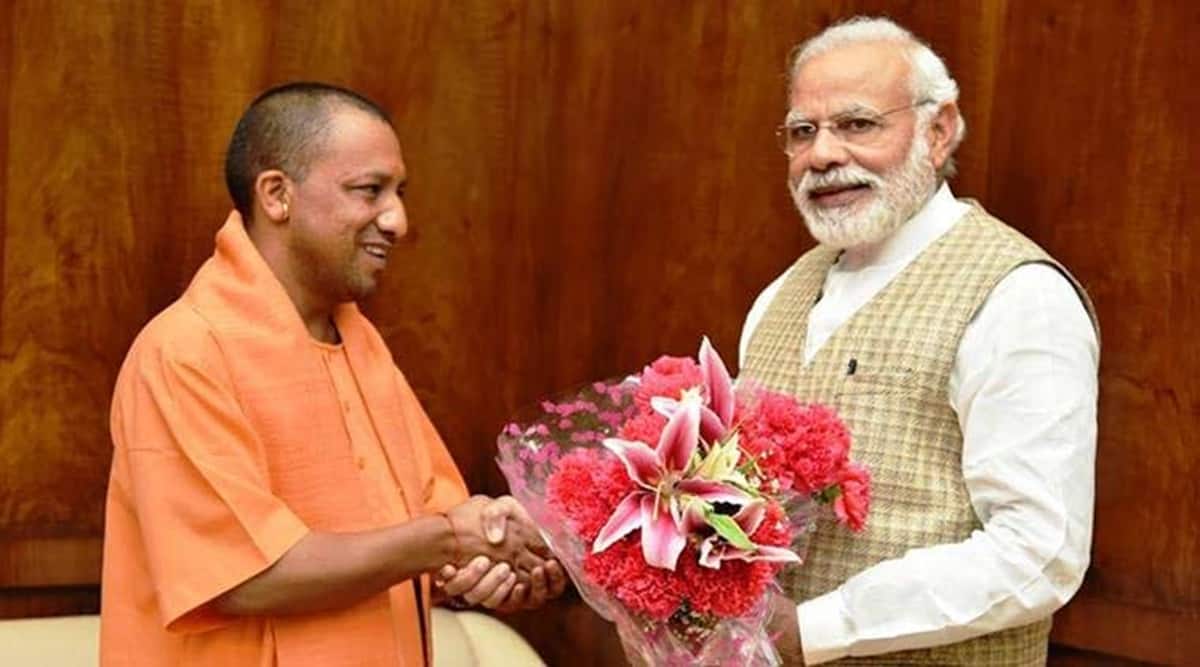 BJP national vice-president Radha Mohan Singh on Sunday dismissed the possibility of an imminent Cabinet reshuffle in Uttar Pradesh and shot down the speculation over a ‘rift’ between Chief Minister Yogi Adityanath and Prime Minister Narendra Modi.

Singh, the party’s in-charge in UP, also junked talks over the possibilities of a change in the party or the government leadership in the state, asserting that both are working fine.

Singh made the rebuttals while talking to PTI after his meeting with Governor Anandiben Patel, which he described as a ‘personal’ one.

Asked about a TV news channel report claiming an imminent Cabinet expansion in UP, Singh told PTI, “No expansion is going to take place now. Everyone is focussed on the election of zila panchayat chairpersons.”

“When it takes place, it will be known,” he added.

“The reports appearing in newspapers and news channels do not make any sense,” he quipped.

Singh also junked reports on the alleged rift between Modi and Adityanath, describing the CM as the most “competent person” to fulfil PM’s dream.

“If you look at newspapers, you will see that Modi Ji was the first to greet Yogij Ji (on birthday). In fact, we are of the view that Yogi Ji is the most competent person to fulfil the dreams of Modi Ji,” he said.

The BJP vice president also discounted reports on likely changes in the party or the government leadership in UP, terming them as a ‘figment of imagination’.

“This is a figment of imagination. No question arises of it. Both the government and the organisation are working fine,” he asserted.

Singh’s also dismissed Samajwadi Party chief Akhilesh Yadav’s recent claim that dissent and rebellious attitude of BJP workers have left the party leadership in shock and shot back, “What does he know of a party? He runs a company.”

“He will be having information about the company he operates, the company of his family members,” Singh said, reiterating “What knowledge does he (Akhilesh Yadav) and Rahul Gandhi have about party workers?”

“Our 17,000 workers have been adjusted in the UP government. Had they been in power, they would have adjusted their family members,” he said.

Talking to reporters too immediately after his meeting with the governor, Singh had discounted reports on Cabinet reshuffle.

Asked about the possibility, he said “there is nothing like that”.

However, on being asked about the Cabinet expansion to fill some ministerial berths, Singh said some seats are vacant but they are not major ones.

“As far as vacant seats are concerned, the chief minister may take a decision at an appropriate time,” he added.

There has been speculation earlier in media that former IAS officer A K Sharma, considered close to PM Modi, would be inducted into the UP Cabinet as a senior minister following his election as an MLC.

Singh also told reporters that the “BJP has the strongest organisation and most popular government in Uttar Pradesh.”

Singh had been in here in Lucknow between Monday and Wednesday after which he again visited the city on Saturday and left on Sunday.

About his meeting with Governor Patel, he said he had come to meet her because he had not been able to meet her for some time. “After becoming the party’s in-charge of UP, I have not met the governor,” he said.

“When she was the Gujarat chief minister, I was the agriculture minister. I had an old association with Gujarat. As I could not meet her in the past six months, I met her today. This was a personal meeting,” he said.

Talking about the meeting, Dixit told PTI that it was a personal and not political meeting.

“We enquired about each others’ well being. There was some ‘gappbaajee’ (chit chats). Neither he discussed anything political, nor did I.”

“The meeting lasted for nearly 40 minutes. It was a personal meeting and a courtesy call. We have known each other for a long,” said Dixit.