Ram Dulare, who has two other children, says Kashyap's body had marks which showed he was dragged under tyres. 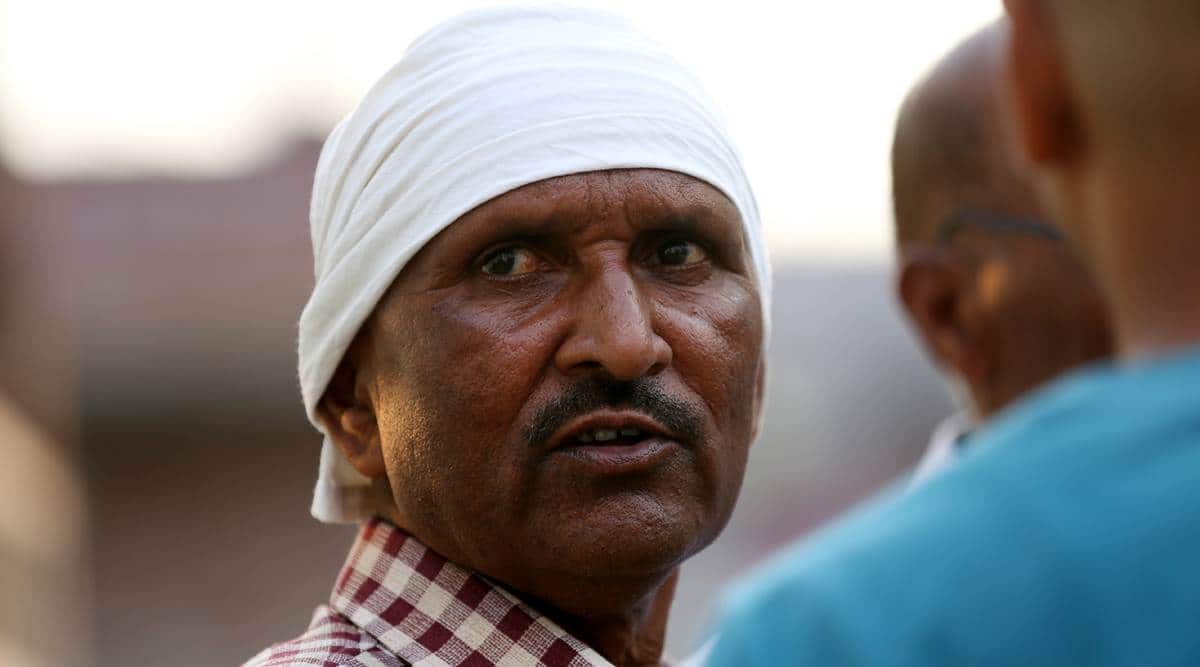 POLICE are yet to give out details on how journalist Raman Kashyap died in the Lakhimpur Kheri violence on Sunday. The family says no FIR has been filed, despite their complaint, neither have they got a copy of his post-mortem report.

However, going by the marks on Kashyap’s body, they believe he was among the ones who came under the wheels when a convoy of vehicles of Union Minister of State for Home Ajay Mishra’s son Ashish rammed into protesting farmers in Tikunia. Police have identified four of the eight killed as farmers who were crushed under the convoy. Kashyap, 35, figures among the rest.

Kashyap’s brother Pawan, 32, says they were shocked that some “bikau (sold-out)” channels were trying to “distort” what had happened. “The video that is viral (of the car running into the protesters) shows everything. My brother died after he was crushed by the SUVs. His body had car wheel marks. It can be seen clearly how it happened. There is no doubt how he died. It was because he was crushed by the minister’s son’s cars,” he says.

“Our narrative has been the same from the beginning,” Pawan adds. “Some channels edited and distorted our statements.”

Their father Ram Dulare Kashyap, a farmer, submitted a written complaint to the Nighasan Police Station on Monday, saying Kashyap died after a car linked to Ashish drove over him, and that he was also “shot at”. “As per eyewitnesses, the journalist was shot at while he was covering the car. Gunshots can be heard in the footage as well,” reads the complaint.

On why an FIR had not been lodged, Nighasan SHO Ram Lakhan said the complaint had been forwarded to the Tikunia Police Station. “Further action and probe will be done there.”

Ram Dulare, who has two other children, says Kashyap’s body had marks which showed he was dragged under tyres. “There were some stones stuck on his body too.” He adds that they had always supported the farmers. “We have been supported by farmers since the beginning and we have also supported them because we are also farmers. My son was first a farmer, and then a journalist.”

Apart from his father and younger siblings, Kashyap is survived by his wife Aradhna, 32, and two children, 11 and 3. On Wednesday evening, Aradhna refused to meet mediapersons, saying their cameras were too much of a reminder of her husband.

About what happened on Sunday, Pawan says they knew Kashyap had gone to the spot to cover the farmer protest, and got worried when his phone was constantly ‘switched off’ after the violence. “Next morning, the local police called and said an unidentified body had been found. We went and found that the body was of Raman.”

On Wednesday, the local SDM handed over to the family a cheque of Rs 45 lakh on behalf of the government. Pawan says they also demanded a job for Kashyap’s wife so that she could raise the children.

Seeking a law to protect journalists, “as that is what my brother would have wanted”, Pawan says, above all, “we hope that the government will ensure justice, and see to it that the minister and his son are dealt with the same way as anyone else would be”.

Neighbour and Kashyap’s friend Umesh Pandey says even as a child, Kashyap wanted to do something for society and it was this that drew him to journalism, after working as a private school teacher. The 35-year-old joined Sadhna TV five months ago, as their reporter for Lakhimpur Kheri’s Nighasan Block. “He mostly did stories on social issues,” says Pandey.

Pawan adds: “My brother always showed the truth about society through his reporting. He was the kind of person who always stood by truth. Even at home, he was like that.”