According to MCD data, cremation grounds under North, East and South Delhi municipal corporations saw 717 ‘Covid cremations’ on April 29 ― the highest so far for a single day. 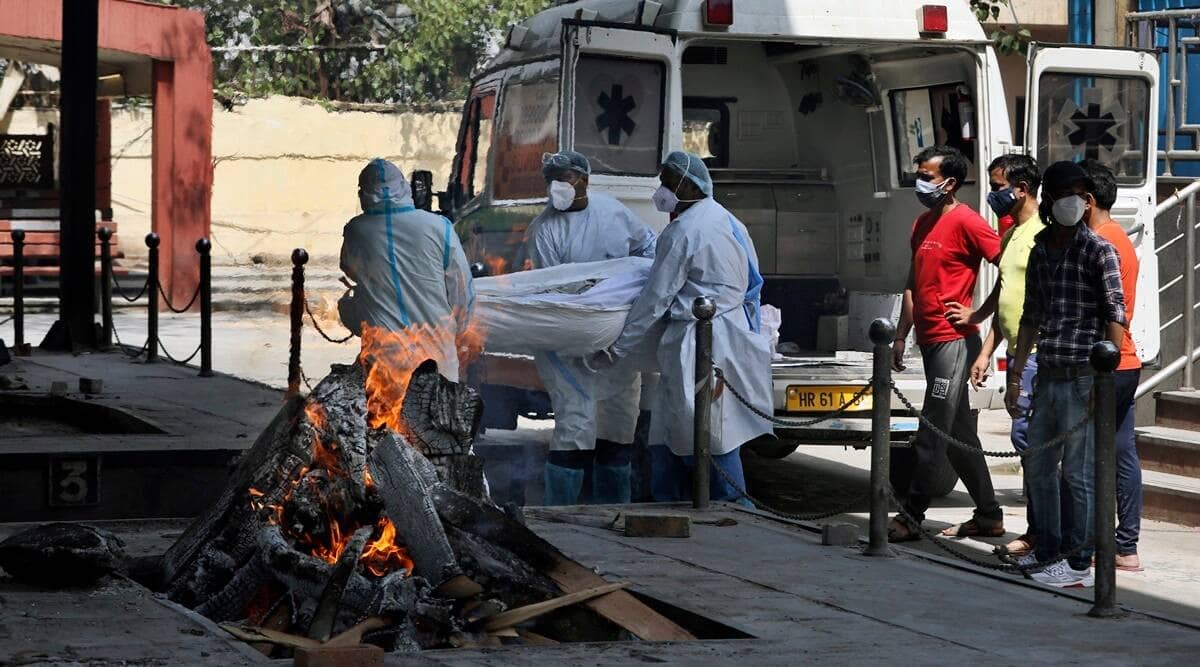 Pressure on cremation grounds in Delhi, which saw more than 700 Covid protocol cremations per day in the last week of April, has eased, albeit slightly, over the past four days, with the number of such cremations dropping below 450.

The gap between declared Covid deaths as per the Delhi government’s health bulletin and cremations conducted as per Covid protocol remains. MCD officials say this is because even suspected Covid cases are cremated as per the protocol, which requires those performing the last rites to wear a PPE kit.

According to MCD data, cremation grounds under North, East and South Delhi municipal corporations saw 717 ‘Covid cremations’ on April 29 — the highest so far for a single day. Since then, there has been a gradual fall in the numbers, reaching 506 on May 6, and 407, 447, 431 and 437 in the subsequent four days.

The situation, though, remains considerably worse than the beginning of April ― the first 12 days of the month saw the daily number of Covid cremations in double digits, but crossed 100 from April 13 onwards.

MCD data also shows that since April 1, a total of 14,381 ‘Covid cremations’ have been performed in crematoriums under the three civic bodies. During this period, according to the Delhi government bulletin, 8,627 people died of Covid.

A senior MCD official said that though the combined capacity of funeral grounds in the city is above 1,100, they had a tough time managing the increased load particularly in the last week of April.

A worker at the cremation ground at PK Road said that they were doing 25-plus cremations a day at the time, which has come down to around 10 for three-four days now.

Another worker at Nigam Bodh Ghat, the city’s busiest cremation ground, said that in April, they were running short of space for people to perform rituals. “We handled around 215 bodies at one time… now it’s fluctuating around 100,” he said.

EDMC mayor Nirmal Jain said things are now under control and the waiting time for cremations, which had reached three to four hours, has come down.

There are 29 spots to conduct last rites of people that fall under the jurisdiction of the three MCDs, including 23 cremation grounds.