Mamata Banerjee will contest the Bhabanipur Assembly bye-election on September 30. Having lost the Nandigram seat to BJP’s Suvendu Adhikari during the last Assembly elections, she must win the bye-election to continue as the Chief Minister. 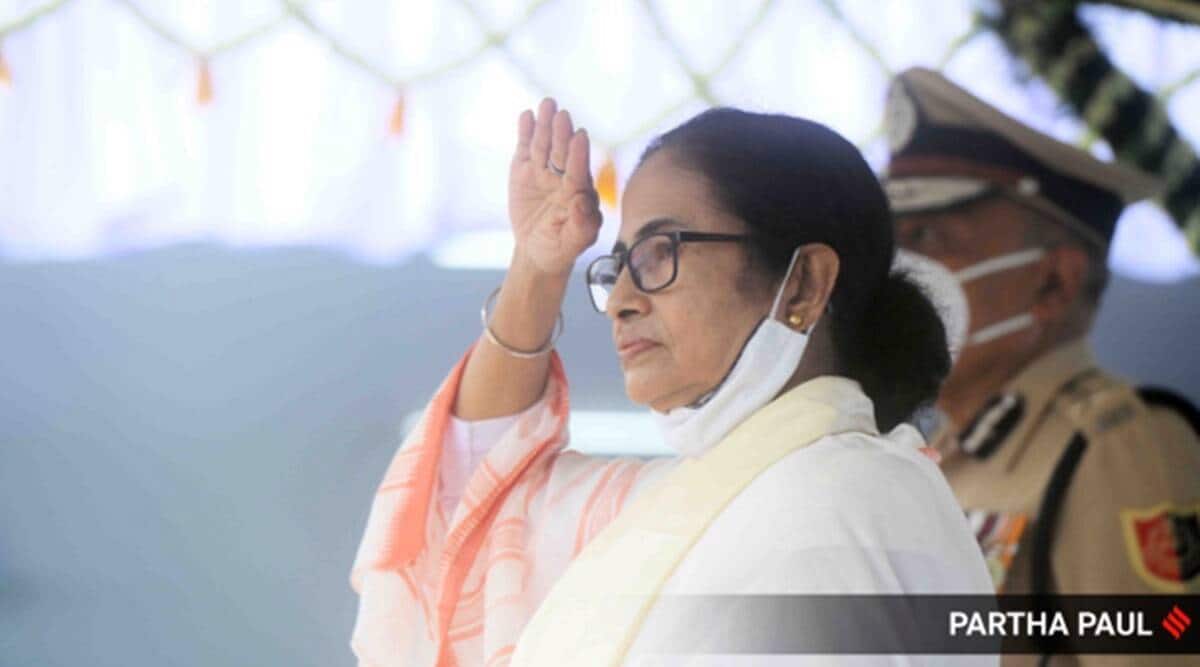 BJP leaders on Tuesday demanded that the Election Commission take action against West Bengal Chief Minister Mamata Banerjee for allegedly violating the model code of conduct (MCC) after the state announced a grant of Rs 50,000 to each Durga Puja committee. The MCC is in force ahead of bypolls.

On Sunday, the ruling TMC had announced that Banerjee would contest the Bhabanipur Assembly by-election on September 30. Having lost the Nandigram seat to BJP’s Suvendu Adhikari during the last Assembly elections, she must win the bye-election to continue as the Chief Minister.

A BJP delegation, including state vice-president Pratap Banerjee and Balurghat MP Sukanta Majumdar, met EC officials in the state on Tuesday and demanded action against Banerjee.

“We urge EC to take action against Banerjee, who is the TMC candidate for the Bhabanipur bypolls, for violating the model code of conduct by announcing cash rewards for the puja committees. She should be restrained from participating in the bypoll,” the BJP delegation was quoted as saying by news agency ANI.

For the second year in a row, the West Bengal government announced a grant of Rs 50,000 to each Durga Puja committee in the state primarily to make up for lost sponsorship and extra expenditure due to the Covid pandemic.

Chief Secretary HK Dwivedi also announced free licences as well as a 50 per cent discount on the power tariff for the committees organising Durga Puja this year.

He was speaking at a programme where CM Mamata Banerjee met several Durga Puja organisers from Kolkata and other parts of the state.

Banerjee had announced a slew of doles including a grant of Rs 50,000 to all puja committees last year as well.

Sources had told the Indian Express earlier that the BJP would have a difficult task selecting its candidate for the Bhabanipur poll, with some of its leaders reportedly believing that it is a lost cause. Bengal BJP president Dilip Ghosh has said that BJP MLA and Leader of the Opposition Suvendu Adhikari would not contest against Banerjee for the Bhabanipur seat.

“Someone else will contest from Bhabanipur. Suvendu Adhikari has already defeated her. Why will one person defeat her multiple times? This time someone else will,” Ghosh had earlier said.

Jangipur and Samserganj are the two other constituencies in the state to which bypolls will be held on September 30.