Meanwhile, Maharashtra has reported death of chicken and other birds, samples of which have been sent to Bhopal-based National Institute of High Security Animal Diseases for testing. 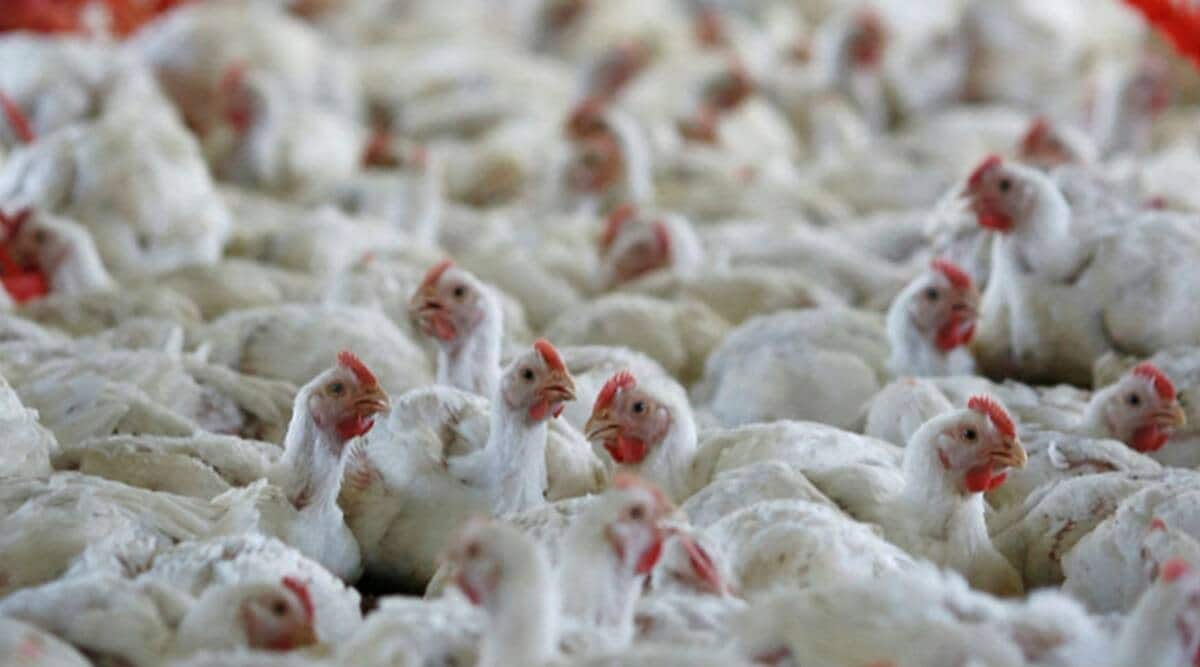 AS NEWS of confirmed cases of bird flu comes from various parts of the country, prices of eggs and chicken have taken a free fall. The industry hopes this is a temporary phenomenon and would halt in a week’s time.

Meanwhile, Maharashtra has reported death of chicken and other birds, samples of which have been sent to Bhopal-based National Institute of High Security Animal Diseases for testing.

In the last seven days, wholesale prices of chicken in Pune has stumbled down from Rs 82.48 per kg to Rs 58.23 per kg on Saturday.

The present price drop comes at a time when news of confirmed bird flu cases come from various parts of the country.

Avian influenza has been reported from Himachal Pradesh, Rajasthan, Kerala and Madhya Pradesh where large scale mortality in birds have been reported. Maharashtra has so far remained clear of the dreaded infection although the state was the first to report the infection in 2006.

“Back in 2006, many poultry owners had gone bankrupt as people kept away from consuming chicken and eggs. This year around, as news comes from other states, some people are liquidating their stocks to prevent the same scenario,” he said. Pedgaonkar hoped the prices would stabilise in a week’s time.

The price drop comes at at a time when the industry reports robust sales thanks to the increased demand during the winter months.

Also, production levels are 70 per cent of their normal levels. The industry had suffered a massive loss at the start of the Covid-19 pandemic as unsubstantiated reports had linked the disease to consumption of chicken and eggs.

Meanwhile, the animal husbandry commissionerate has reported death of over 200 chicken from a farm in Latur. Sachindrapratap Singh, the animal husbandry commissioner, also confirmed the death of around 800 poultry birds in Parbhani. Samples of both have been sent to the Bhopal-based laboratory for screening. Death of crows have been also been reported from Dapoli, Akola Gondia and Chandrapur along with the death of four herons in Thane.

“Samples have been collected and we are waiting for the report from the Bhopal laboratory,” he said.