In 2016, Panwar was found guilty by a trial court on charges including murder and voluntarily causing grievous hurt by the use of acid for the death of Rathi. The Delhi resident was attacked at Bandra terminus on May 1, 2013. 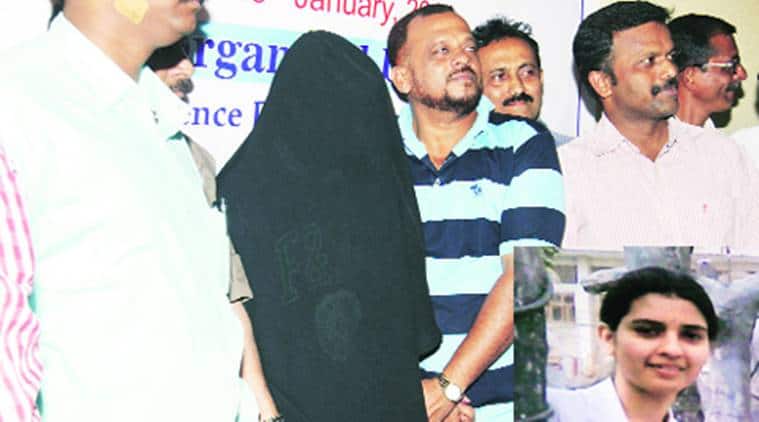 The Bombay High Court on Wednesday commuted the death sentence awarded to 29-year-old Ankur Panwar, for the murder of Preethi Rathi, who had been attacked with acid in 2013, to life imprisonment. The mitigating circumstance considered by the High Court was Panwar’s age – the convict was 23 years old at the time of the incident on May 2, 2013.

“The accused was a young boy, aged about 23 years. There is no past criminal record. The mitigating circumstances… were not considered in proper perspective by the trial court. Taking into consideration over all circumstances, we do not find that present case can be termed as ‘rarest of the rare’ and hence the appellant does not deserve death penalty,” the High Court said.

In 2016, Panwar was found guilty by a trial court on charges including murder and voluntarily causing grievous hurt by the use of acid for the death of Rathi. The Delhi resident was attacked at Bandra terminus on May 1, 2013.

The division bench of Justices B P Dharmadhikari and Prakash Naik upheld the conviction of Panwar by the trial court, but set aside the capital punishment awarded to him on September 8, 2016.

Panwar, a hotel management graduate, was a neighbour of Rathi in the quarters of Bhakra Beas Management Board in Delhi. On May 2, 2013, Rathi along with her father and two other relatives had alighted from the Garib Rath Express at Bandra terminus.
Selected as a secondary lieutenant (nursing) at INHS Asvini in Colaba by the Ministry of Defence, she had just reached Mumbai when a man, with his face covered with a handkerchief, had flung acid on her. The man fled from the station and Rathi, who was rushed to a hospital, succumbed to injuries a month later on June 1.

Among the evidence considered by the court in upholding Panwar’s conviction were the scars on his hands and chest, which a medical expert said, were caused by a corrosive substance.

“The accused could not explain old healed injury scars on hands and chest. The inquest panchanama showed burn injuries at various parts of (his) body. The contradictions and omissions brought on record by the defence are not sufficient to discard the evidence on record, which supports prosecution’s case. Looking at the factual aspects, the evidence on record, it is implicit that the accused was responsible for committing murder,” the court said.

Special public prosecutor AM Chimalkar had submitted that the crime was “brutal” and that Rathi was a “young, defenceless” girl, who the accused followed to Mumbai, where she was to be employed. The police had claimed that Panwar had planned the attack resulting out of one-sided love towards Rathi.

Lawyers Vijay Hiremath and Trideep Pais, representing Panwar, had submitted to the court that none of the four eyewitnesses were consistent with each other, claiming multiple discrepancies. They submitted that the witnesses had claimed to have seen the man in question only momentarily, but the police claimed that they identified him in a test identification parade eight months later.

Panwar had also claimed an alibi stating that he was in Delhi at the time of the incident. The High Court, however, held that Panwar had not brought any evidence regarding his purported alibi. “The overt act attributed to the accused, the preparation made to commit the crime, the manner in which acid was plunged on the face of victim, the nature of injuries, opinion expressed by medical officers, cause of death reflected in the medical evidence, would indicate that the accused had intention to commit murder. He plunged the acid on the face which resulted in her death,” the court said.