A status check by the TB control unit of the PMC showed that out of 710 private hospitals/ nursing homes, 24 were reporting TB cases while six laboratories out of 406 were sending the information. 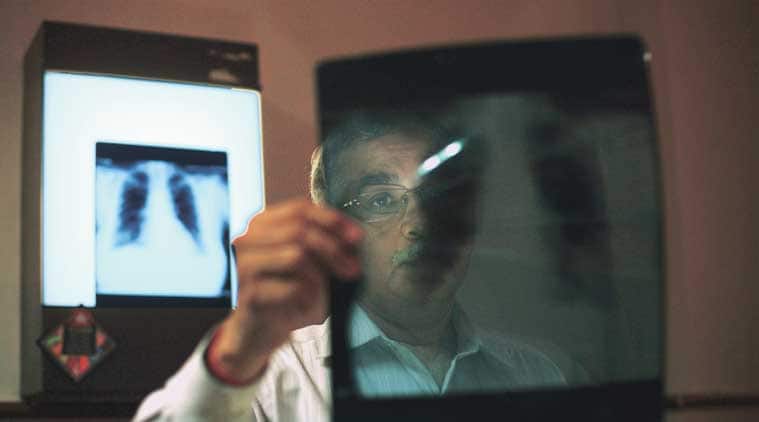 The Pune Municipal Corporation (PMC) health department has floated a proposal to set up an independent Tuberculosis (TB) control cell and other activities on a war footing to meet the target of eliminating the disease by 2025. Civic health officials in a report have admitted that the Revised National TB Control Programme (RNTCP) in the city needs a stronger push.

Out of 6,671 private hospitals, pharmacies, laboratories and medical practitioners, only 38 have been actively reporting TB cases to the civic health department. Officials have stepped up the campaign to notify TB cases by releasing public notices, holding meetings and reminding about the set target.

A status check by the TB control unit of the PMC showed that out of 710 private hospitals/ nursing homes, 24 were reporting TB cases while six laboratories out of 406 were sending the information.

There were 6,171 TB patients recorded in 2018, of which 2,685 were notified from the private sector and the other 3,486 from government set ups. In 2017 too, out of 5,401 TB patients, 1,915 were reported from the private sector and 3,486 from government set ups. In Pune, from 2015 till March this year, a total of 454 patients of multi-drug resistance TB have been identified while 55 patients have been diagnosed with Extreme Drug Resistance TB.

Civic health officials admitted that due to the increasing work load with the merger of 11villages within the PMC limits, there was a need to expand the scope of the TB control unit. They added that the RNTCP needed a stronger push within the city limits. “We will submit the letter to the civic chief,” said Dr Vaishali Jadhav, assistant medical officer in-charge of the TB control programme in the city.

Tuberculosis remains the leading infectious killer – responsible for 1.6 million deaths worldwide in 2017, according to a recent Lancet publication. The WHO had last year made eliminating the disease a global priority by treating 40 million people and preventing 30 million new cases between 2018 and 2022. India has an estimated 2.8 million cases of TB and has decided to eliminate the disease by 2025.

As part of the National Strategic Plan for TB elimination, the civic body has now set its focus on a sensitisation programme to step up awareness among doctors. Dr Jadhav said it was a daunting challenge and urged the PMC to approve a proposal to set up an additional TB control cell with a dedicated team that could monitor the activities.