Though the PMC is struggling to keep vaccination numbers high due to inadequate supply of free vaccine doses, private hospitals are contributing to the drive through paid vaccinations. Vaccination in the Pune Municipal Corporation (PMC) has picked up pace with 18,67,652 doses administered so far of which 7,95,146 doses were administered since June 1. The maximum number of doses has been administered to the 18 years and above age group.

On July 3, the PMC inoculated 54,136 beneficiaries, the largest single-day inoculation in the city since January 16 when the nationwide vaccination drive was launched. According to Vaishali Jadhav, the PMC’s Assistant Medical Officer and in-charge of vaccination drive, “It included vaccination done in both private and government centres.”

Though the PMC is struggling to keep vaccination numbers high due to inadequate supply of free vaccine doses, private hospitals are contributing to the drive through paid vaccinations.

“The paid drive for vaccination in private hospitals was running at a good pace but slowed down later after the government declared free vaccination for all above 18 years of age,” said a civic official.

From June 1, the PMC administered 7,95,146 doses, 43 per cent of the total since the launch of the vaccination drive. At least two-thirds of these were given to beneficiaries between 18 and 44 years of age for which vaccination has been open since May 1.

In the 18-44 years age group, a total of 5,31,242 people were vaccine beneficiaries since June 1. This includes 5,08,925 taking the first dose and the remainder taking the second dose.

The PMC is also planning to bring the vaccination drive to the doorsteps of the poor by setting up temporary vaccination centres in slum areas to tackle vaccine hesitancy and make doses more easily accessible.

The civic administration has set a target of inoculating 4,66,313 slum dwellers above the age of 18 years in 390 slums across the city. The civic slums department has been entrusted with the responsibility to identify eligible residents while collecting their name, Aadhaar number and mobile phone number. 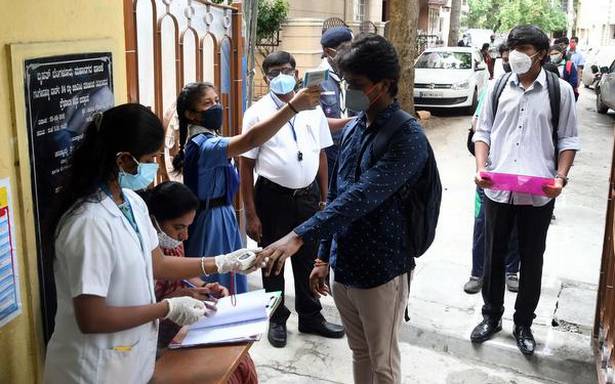