Navjot Singh Sidhu's rivals secured powerful position in the Charanjit Singh Channi government; most MLAs had stood by him only to seek Captain Amarinder's removal 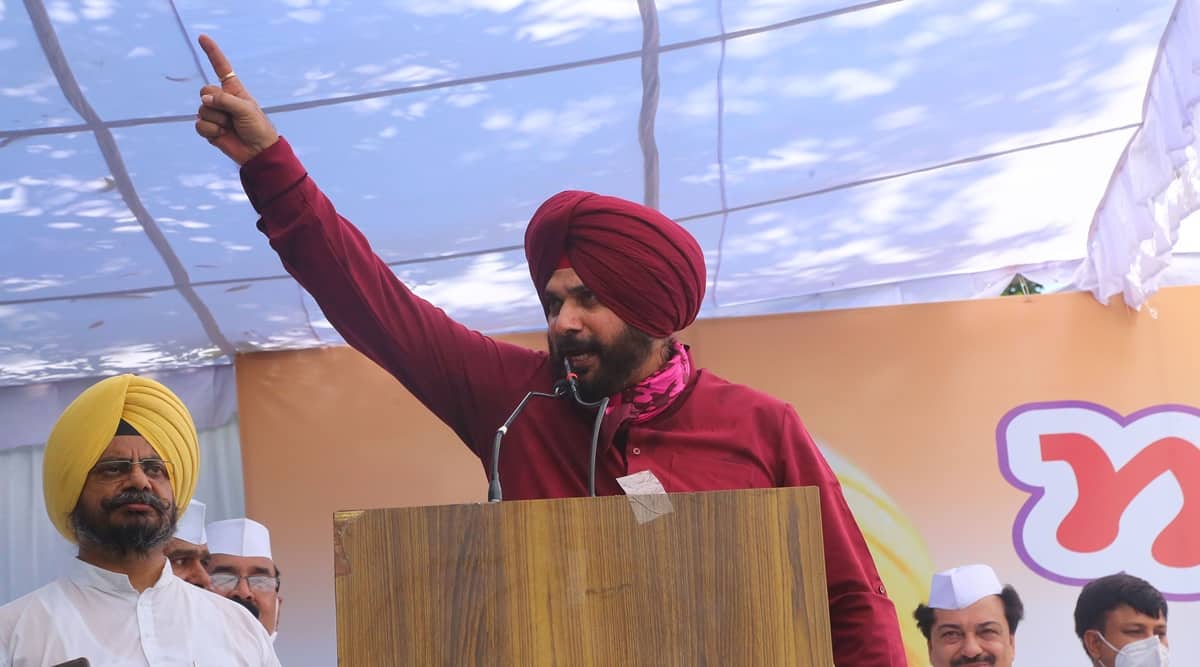 Even though Navjot Singh Sidhu surprised everybody with his sudden resignation from post of Punjab Pradesh Congress Committee president on Tuesday afternoon, the man himself has been at the receiving end of several surprises since Captain Amarinder Singh’s resignation as Punjab chief minister.

Sidhu had spearheaded the campaign to topple Amarinder Singh. However, he turned out to be the last person to gain from this move politically, after formation of the new Congress government with Charanjit Singh Channi as chief minister. Sidhu had played key role in convincing the Congress high command to replace Amarinder Singh.

The reality turned out to be completely different as Sidhu found his rivals in Amritsar City turning out to be more powerful with Channi as CM than they were during Amarinder’s government.

Sidhu was last seen in public during Channi’s first visit to Amritsar as CM on Wednesday. Some critics noted Sidhu’s body gestures, like keeping his hand on Channi’s shoulder, leading to accusations of Sidhu playing the super CM. Contrary to the allegations of Sidhu becoming super CM, it was Finance Minister Manpreet Singh Badal who hosted Channi multiple times at his home in Chandigarh during the last week. Sidhu was nowhere in the scene.

Amritsar Central MLA Om Parkash Soni, who had almost defeated Sidhu in the 2009 parliamentary elections and also remained in a legal tussle with Sidhu, became the Deputy Chief Minister in new government. Soni was always seen in Amarinder Singh’s camp till the latter’s resignation. Soni was a cabinet minister in Amarinder Singh government but he was promoted to Deputy CM after Channi took over.

Amritsar West MLA Raj Kumar Verka, who is also a Amarinder Singh confidant, occupied a cabinet position through Dalit quota in the new government under the Dalit CM. Many within the Congress were surprised at this move, as Verka is known to have publicly opposed Sidhu. Some even opined that there was no need to make Verka a minister, as a Dalit was already heading the government.

Sidhu is an MLA from Amritsar East and the only way in which he benefited from Channi’s accession was the appointment of Damandeeep Singh Uppal as the chairman of Amritsar Improvement Trust. Pargat Singh another close aide of Sidhu’s, had also been appointed cabinet minister. However, the elevation of Pargat Singh, a former hockey player, was also obvious for many other reasons apart from his proximity with Sidhu.

Many Congress MLAs had come to support Sidhu against Amarinder Singh. However, most only stood by him to seek Amarinder’s removal. They revised their politics as soon as Amarinder was gone and new equations emerged after the appointment of Channi. There was no obligation to stand by Sidhu on their part, even though his critics had become cabinet ministers.

Though Rana Gurjit Singh was removed on charges of corruption from Amarinder Singh’s government, Sidhu could not stop him from occupying a cabinet rank. That apart, Brahm Mohindra had also emerged as a senior minister in Channi’s cabinet. Mohindra, too, never had an affinity for Sidhu.

The cricketer-turned-politician also found himself on a weak wicket due to his differences with Sukhjinder Singh Randhawa, who is now a deputy CM, and former PPCC president Sunil Jakhar in the race to become CM, post Amarinder Singh’s resignation. The trio reportedly blocked each other’s names for the CM post.

Randhwa and Tripat Rajinder Singh Bajwa had played major roles in mobilising MLAs against Amarinder Singh and prepared ground for Sidhu to become PPCC president to a large extent. However, differences over the CM post broke this alliance and Sidhu was left with fewer options. Randhawa, however, managed to secure the post of Deputy CM and Home Affairs in his portfolio.

To add to these, Sidhu was not consulted while making appointments to important offices, like those of the acting state police chief and the Advocate General. Both these appointments were seen as a big setback to Sidhu’s politics on issues like the sacrilege case, and drug smuggling.