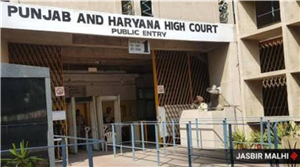 The application in the matter has been filed by advocate Navkiran Singh on behalf of Lawyers for Human Rights International, contending that the report contains the response of the state on a report submitted by the then STF chief Harpreet Singh Sidhu. Earlier on September 1, the suo motu matter came up for hearing before the special division bench of Justice Rajan Gupta and Justice Ajay Tewari, over an application seeking that the HC ‘may open’ a report lying in a sealed cover. As the matter came up for hearing, it was ordered that it “be listed before some other bench of which one of us (Ajay Tewari, J.) is not a member after soliciting orders from Hon’ble the Chief Justice.”

On Tuesday morning, former Punjab Congress chief Navjot Singh Sidhu also tweeted concerning the case hearing at HC, “Today, STF Report on Drugs will finally see light of day after 2.5 yrs of delay in sealed covers, court naming main culprits behind drug trade will be first victory for youth & suffering mothers of Punjab. Hope they are given punishment that acts as a deterrent for generations !!”

The application in the matter has been filed by advocate Navkiran Singh on behalf of Lawyers for Human Rights International, contending that the report contains the response of the state on a report submitted by the then special task force (STF) chief Harpreet Singh Sidhu, who was asked by the HC to go through the report submitted by ED assistant director Niranjan Singh.

Advocate Singh further contended that the matter relates to the drug mafia operating in Punjab which has international links and needs to be dealt with on an urgent basis as it affected the lives of the Punjabi youth.

The sealed reports, which have been filed by Niranjan Singh, the then deputy director, Enforcement Directorate, the STF, and the state government, need to be opened and considered by this court, Navkiran submitted. The application also referred to allegations against a Punjab MLA.