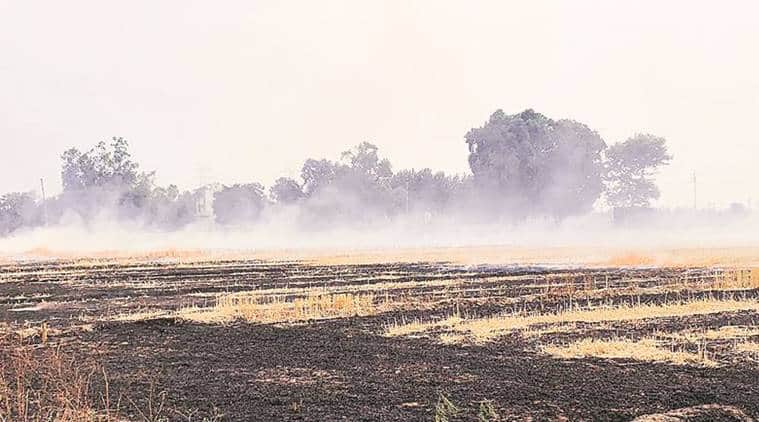 This wheat harvesting season, Punjab has burnt over 50% acreage under wheat crop to clear stubble, which is 10 per cent more than last year.
In several districts, 50% to 70% of wheat fields have been subjected to stubble burning. According to data sources from the Punjab Remote Sensing Centre (PRSC), 17.81 lakh hectares of the total 35.02 lakh hectares under wheat has been set on fire.

Last year, 35.12 lakh hectares of farming land was planted with wheat, of which 40% (14.05 lakh) was set on fire. During paddy season last November, paddy stubble was burnt on around 14.05 lakh hectares, which was 22% less than that in 2017, a total of 30.42 lakh hectares area under rice including 25 lakh under paddy and the remaining under Basmati rice.

A senior officer in the Punjab Pollution Control Board (PPCB) said this bad news for the state because wheat stubble is mostly used for making fodder. “This time, fire incidents had been under control till the last day of elections (May 19), but after that, they started increasing. Within 10 days, a large number of fires were recorded across districts,” he added.

While paddy is considered the main menace in terms of stubble burning since it is not used for making dry fodder in Punjab, the tables have turned this year with the state recording more acres under wheat crop being set afire than paddy. There are multiple reasons for this: One, even after making fodder, wheat farmers burn away the remnants as well. Second, paddy stubble burning has been on the radar of the NGT, which has given the government a lot of flak for it. Third, wheat harvesting season clashed with elections this year, and farmers took full advantage of the authorities being too busy to keep watch, it is said.

Farmer organisations meanwhile, reiterated their demand of Rs 5,000 per acre to afford equipment for alternative methods of disposing stubble.
Punjab Agriculture Director Dr Sutantra Airy said that they had set up a large number of camps to make farmers aware about the bad effects of stubble burning, including its detrimental effect on the nutritional value of soil.