The Association of Federation of Democratic Rights office-bearers were told that the visits were for the purpose of making “dossiers”, but no further explanation was offered, they said. 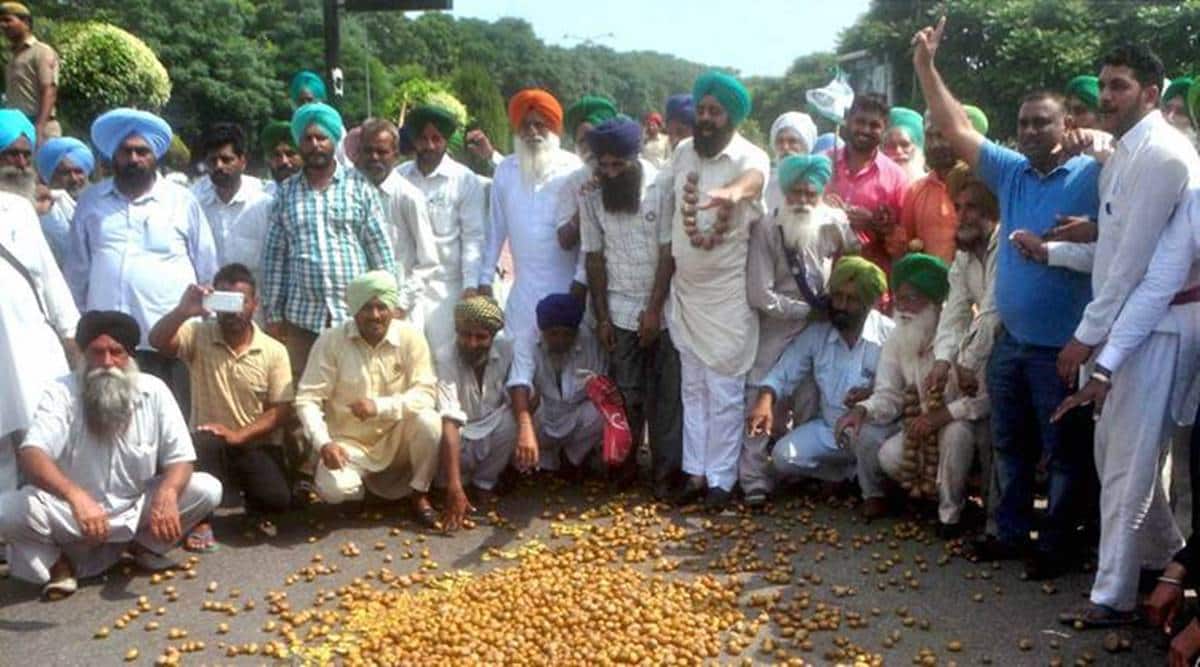 Members of the Association of Federation of Democratic Rights (AFDR) have raised questions after police officers visited the residences of four of their office-bearers in Bathinda on November 10 and 11. Several farmer groups have also sought to know the reason behind these visits.

The AFDR office-bearers were told that the visits were for the purpose of making “dossiers”, but no further explanation was offered, they said.

Pritpal Singh (62), a retired employee from a public sector bank who lives in Model Town area of Bathinda, told The Indian Express, “On November 11, cops came to my house and they told me that they have come from Civil Lines police station. They told me that they wanted to make my dossier and hence stayed at my place for an hour. They collected details about me, my relatives, about my studies, place of work, retirement and even brief details about my activities, my friends with whom I meet often. They did not tell me the reason for the same. Hence I am surprised.” Pritipal is secretary AFDR Bathinda unit and one of the four national conveners of the Coordination of Democratic Rights Organisation (CDRO).

Bagga Singh, 71, who retired as a government school principal, lives in GTB Nagar. “My house was visited by cops on November 10 evening and they took details about me and my relatives as well without telling me any reason. Why do they want to make a dossier? I retired in 2007 and I am vice-president of AFDR Bathinda and our association has supported the farmers’ struggle since the beginning. I had contracted Covid, due to which I am not going out, but our members do take part in protest dharnas with farmers occasionally,” he said.

AFDR had protested against the abrogation of Article 370 in J&K and on August 5, had organised a protest in this connection in various parts of Punjab, and in Bathinda on August 8. Pritpal Singh said, “A day before our protest against the abrogation of Article 370, I had got a call from the Intelligence Bureau to know details about our program. Otherwise, I have never ever been contacted by police, though I have been part of AFDR since long and we continuously raise our voices over issues which are a violation of democratic rights.”

He further said, “They took down the addresses of both my children, as well as of where they work.”

Dr Ajitpal Singh, a retired senior medical officer of the Punjab government, was also visited by police officers on November 10 evening. In his early 70s, he is the press secretary of AFDR’s Bathinda unit. Push Lata (78) executive member of AFDR’s Bathinda unit and a retired employee of the Punjab State Electricity Board was also visited by cops on November 10.
Professor A K Maleri, state president of AFDR, said, “When Pushplata asked for written permission to seek details, they went back. Normally details of activists of unions are collected by the government, but their visit at a time when farmers’ struggle is going on raises questions. They had told the members that they are collecting details on the directions of the Home department.

Professor Jagmohan Singh, state general secretary of AFDR said, “We condemn this action of Punjab Police and advise our members and all activists to seek written permission from police for collecting such information in the future.”

Jagmohan Singh Patiala, general secretary of BKU (Dakaunda) and working committee member of the All India Kisan Sangrash Coordination Committee (AIKSCC) said, “We condemn this. Police should state what for they are collecting this information at a time of farmers’ struggle against farm laws.”

Not aware about this: SSP

When The Indian Express contacted Bathinda SSP Bhupinder Singh Virk, he said, “I am not aware of any such visit by cops for dossier. I have not given any directions to cops. They can be from other wings of Punjab police as well like intelligence, CID etc. I am completely unaware.”