UT Adviser, Manoj Parida, in an appeal to the UT public on Thursday night said, ''Please do not choke our hospital infrastructure by inviting friends and relatives from outside, needing indoor Covid treatment. Our hospital beds are almost full.'' 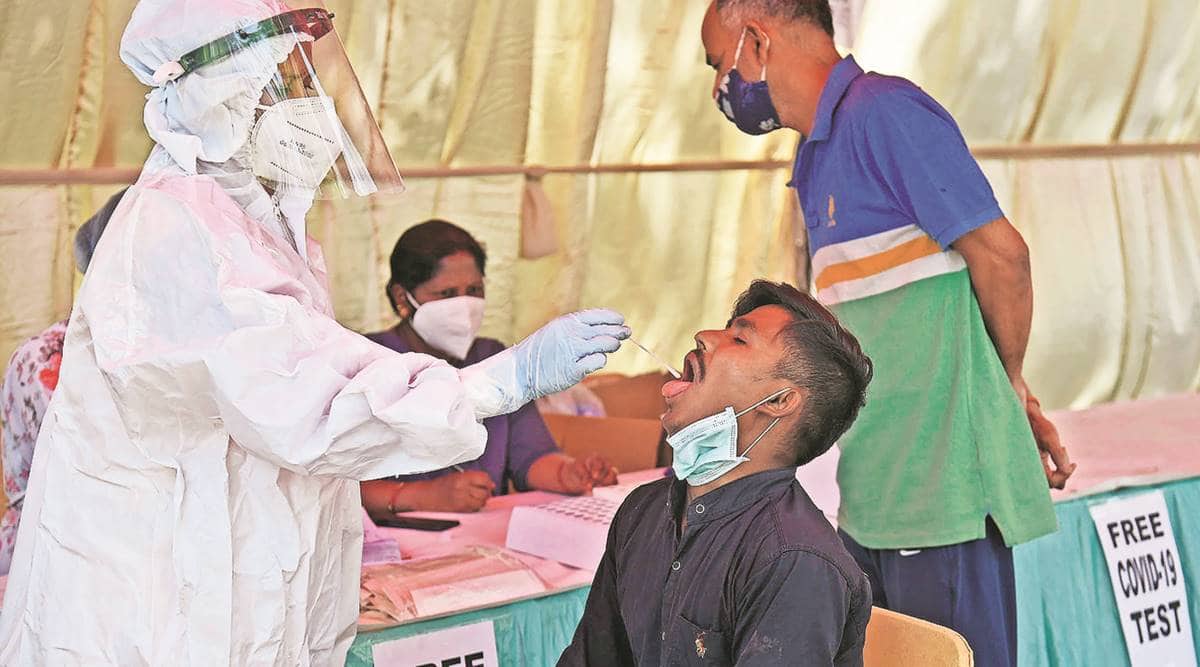 As many as 23 Covid-19 related deaths were recorded in the Tricity on Thursday. These included eight deaths reported from Chandigarh, eight from Mohali, and seven fatalities from Panchkula.

UT Adviser, Manoj Parida, in an appeal to the UT public on Thursday night said, ”Please do not choke our hospital infrastructure by inviting friends and relatives from outside, needing indoor Covid treatment. Our hospital beds are almost full.”

Eight people also succumbed to the virus on Thursday, taking the total number of fatalities to 465. As many as 447 patients were discharged from various facilities.

Status of beds at PGIMER

Out of the total 337 dedicated Covid beds at PGI, 306 are occupied. Out of the 265 non-ICU beds oxygen beds, 241 are occupied and out of the 72 ICU beds, including those with ventilator, 65 are occupied, with five for paediatric ICU and two for surgical ICU.

As many as eight more virus-related deaths were reported in the district on Thursday, taking the tally of fatalities to 587. As many as 888 positive cases were also reported, increasing the total number in the district to 45,713 with 8,863 remaining active.

Deputy Commissioner (DC) Girish Dayalan said that of the new cases, 326 were reported from Mohali (urban), 248 from Dhakoli, 123 from Kharar, 106 from Derabasssi, 48 from Gharuan, 14 from Banur, eight from Kurali, and three from Lalru.

The DC added that 774 patients also recovered from the infection and were discharged. A total of 36,263 patients have recovered so far.

The district has reported a total of 149 deaths this month, the highest number of fatalities so far.

As many as 552 people, including five healthcare workers, tested positive in Panchkula, on Thursday. Meanwhile as per the district bulletin, as many as seven covid related deaths were also reported. Almost 55 have tested positive in the past 10 days.

Of the total 552 new cases, 407 were added to the district tally while the rest were added to the outside district count. As many as 17,964 people have recovered as yet. A total of 250 healthcare workers have been infected in Panchkula so far. As many as 52 have already tested positive in the past ten days. The active case tally, which crossed the 2000-mark April 17, stood at 2,554. Meanwhile, the recovery rate dropped down to 86.7 per cent.

A total of 28,482 cases have so far been reported from the district, of which 20,719 hail from Panchkula itself while the rest come from neighbouring districts. As many as 201 have also succumbed to the virus. The district has conducted 273,748 tests so far, of which 2,600 samples were taken on Wednesday.

Owing to a shortage of vaccines in the district for the past week, vaccination has remained slow. Only 1,528 persons received the jab on Thursday. Those vaccinated were 1,286 citizens, 60 frontline workers and 182 healthcare workers. As many as 1,39,619 people have received the vaccine as yet, including 11,453 healthcare workers, 16,245 frontline workers and 1,11,921 citizens.