Pawar also said China's involvement in Kashmir has increased, along with in Nepal, Bhutan, Bangladesh and Sri Lanka. "We seem to be surrounded by China at this point of time," the NCP chief said. 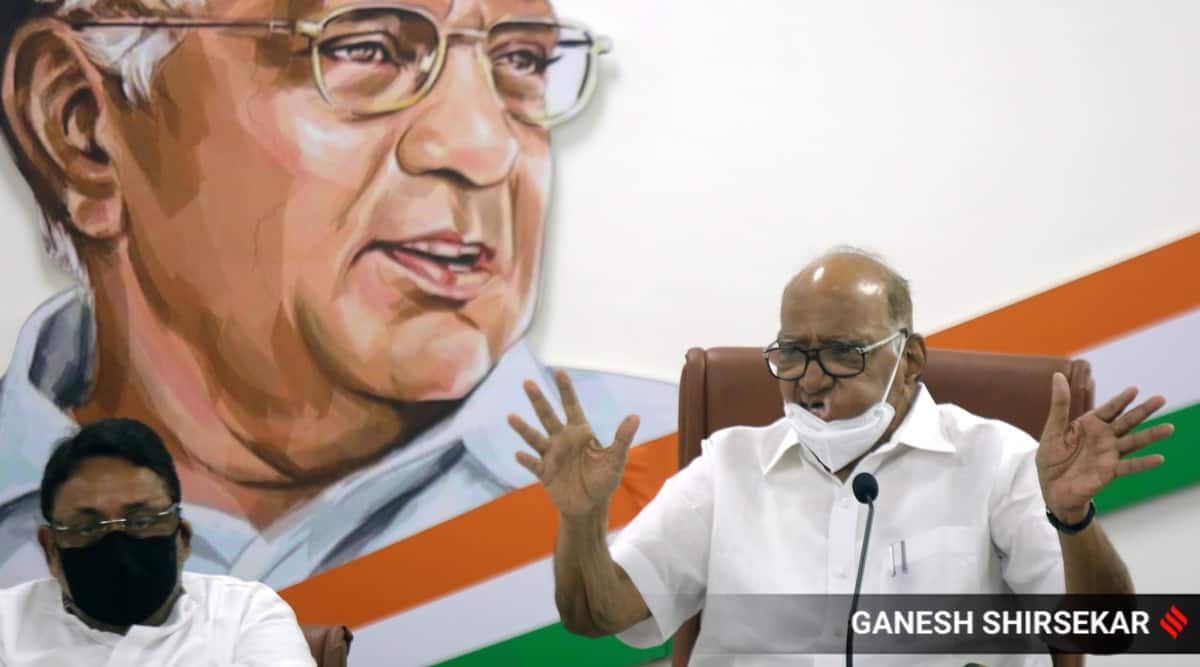 NCP chief Sharad Pawar Wednesday hit out at the BJP government at the Centre, alleging it has been misusing central institutions for political benefits.

Addressing a press conference in Mumbai, Pawar, referring to the Income Tax department’s raids on entities linked to Maharashtra Deputy Chief Minister Ajit Pawar, said the raids are on for the sixth day on Wednesday, which is very unusual.

“Central agencies, including the ED, CBI (Central Bureau of Investigation) and NCB, are being misused,” he said.

Pawar further alleged that the Centre, after failing to destabilise the Maharashtra government for the last two years, has now resorted to targeting family members and close associates of leaders of the Maha Vikas Aghadi (MVA) by conducting raids, “with the hope that this will break our will”. “We are resolute and these things will not affect us,” Pawar added.

The NCP chief also slammed the multiple CBI raids on former state home minister Anil Deshmukh in connection with its probe into the leak of its purported Preliminary Enquiry (PE) against Deshmukh. “Anil Deshmukh’s residence was raided for the fifth time yesterday. I am surprised over the behaviour of the investigating agency which needs to raid a place five times,” Pawar said.

Further, taking a dig at senior BJP leader Devendra Fadnavis, who had said that he still feels like the chief minister of Maharashtra, the NCP president said he lacked this trait even though he had served as CM for four times.

Fadnavis had on Tuesday said that because of people’s love, he did not feel that he had ceased to be the chief minister.

Pawar also raised the China issue, saying China’s involvement in Kashmir has increased, along with in Nepal, Bhutan, Bangladesh and Sri Lanka. “We seem to be surrounded by China at this point of time,” the senior leader said.

The NCP, which shares power in Maharashtra with the Shiv Sena and Congress, had earlier said it will face the onslaught of central agencies on its leaders and workers will full vigour.

The NCB recently conducted a number of raids, including on some high-profile people.

Apart from the recent drugs bust onboard a cruise liner off the Mumbai coast, that led to the arrest of Bollywood superstar Shah Rukh Khan’s son Aryan Khan, the NCB last year investigated a drug case linked to the death of actor Sushant Singh Rajput and several other matters related to narcotics involving high-profile people.