Vijay Sampla had Friday issued a notice to Haryana DGP and Chief Secretary asking them to furnish a report on the Singhu border incident as soon as possible to the Commission. 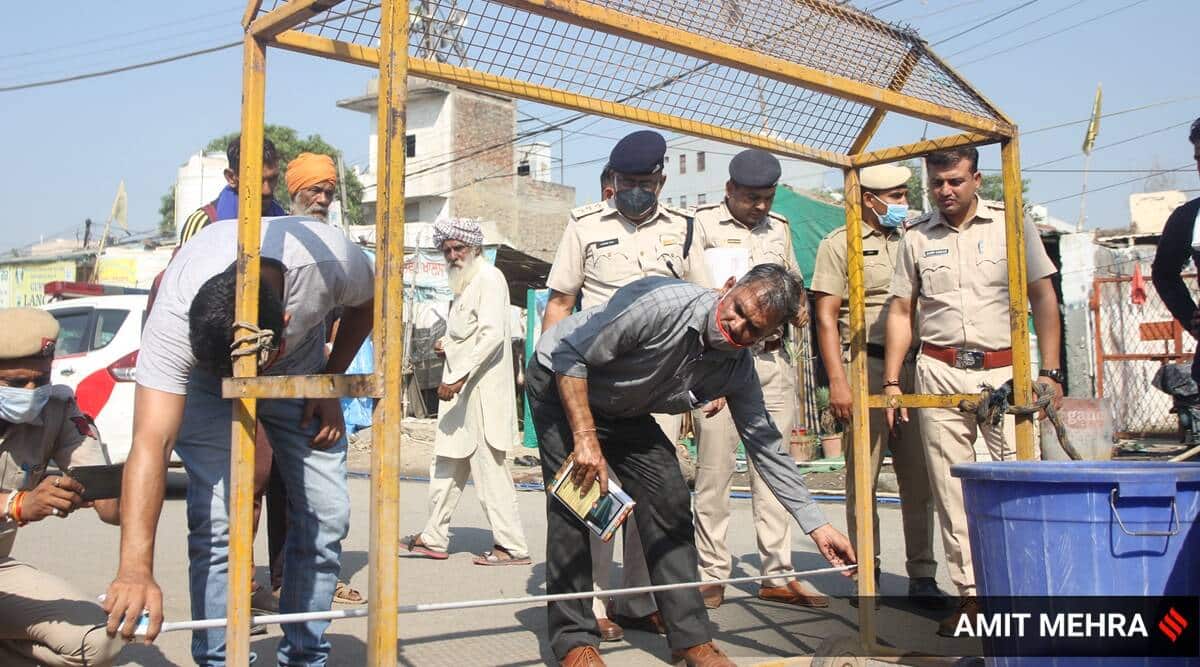 Chairperson of the National Commission for Scheduled Castes Vijay Sampla Saturday spoke to the Punjab DGP and asked him to take strict action against residents of the village where the Dalit farm labourer who was found dead at the Singhu border lived.

Speaking to The Indian Express, Sampla said that the body had been taken back to the deceased’s village where the villagers refused to allow the last rites to take place. “This is against the Scheduled Caste and Scheduled Tribe (Prevention of Atrocities) Act, 1989. The villagers are not allowing the last rites of the deceased. I have spoken to the DGP and asked him to take cognizance of the matter and take strict action against the perpetrators,” said Sampla.

Sampla had Friday issued a notice to Haryana DGP and Chief Secretary asking them to furnish a report on the Singhu border incident as soon as possible to the Commission. Saturday, he met various Dalit organisations in Delhi who raised the issue with the commission and assured action on the matter.

“This is a heinous crime. I have heard stories about the kind of atrocities that would be carried out by the Taliban and the ISI but these kinds of things would never happen in our country earlier. They do now. It is heartbreaking,” said Sampla.

Members of the Sikh group, who allegedly killed the farm labourer, hail from Punjab’s Tarn Taran district and belong to the Sikh order Nihangs. The deceased was targeted for allegedly desecrating the Guru Granth Sahib.

“SKM and the farm leaders are distancing themselves from the incident but they cannot absolve themselves of the responsibility of this heinous crime. The accused have been a part of the farm protests, sitting with them for the past 11 months and were very much a part of their organisation. The site where the incident took place is near the stage where the protests were happening,” said Sampla.

The Samyukt Kisan Morcha (SKM) is an umbrella body of 43 farmers unions coordinating the 11-month-long protest against the three central agriculture laws.