The specimens, used mostly for research purposes, are preserved through the ancient art of taxidermy. However, experts feel that the craft is slowly dying with it being confined to museums. 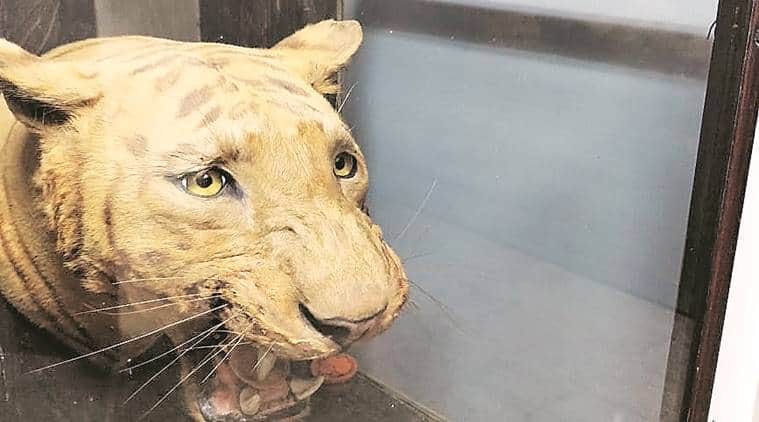 The specimens, used mostly for research purposes, are preserved through the ancient art of taxidermy. However, experts feel that the craft is slowly dying with it being confined to museums. In its striking collection, the BNHS has the head of a tiger and specimens that are even older that the society itself: a 151-year-old bird specimen, the smallest specimen of a thumb-sized fire-breasted flower pecker, and a pygmy shrew weighing 5 gm, one of the world’s smallest mammals.

The society now receives almost 500 to 600 specimens for preservation, mostly through donation. The latest to be added to the collection is a gecko.

Taxidermists create life-sized specimens of dead animals by stuffing their skin with cotton, coconut husk or some other mould.

The BNHS has a collection of more than 20,000 mammals. Rahul Khot, assistant director, BNHS, says the last collection of mammals took place when the largest and first mammal survey of India and surrounding regions of Afghanistan, Sri Lanka and Pakistan was held in 1912-13. The society has even preserved some extinct species such as the Asiatic cheetah, five specimens of the pink-headed duck collected from Darbhanga, Bihar, in 1954, a specimen of the critically-endangered Malabar civet, which was last recorded a decade ago.

Khot adds, “Taxidermy is not only for museum exhibits but important for research. We have a purple frog specimen from Western Ghats, which is a living fossil because its closest relative is found in Seychelles, indicating that these islands were one.”