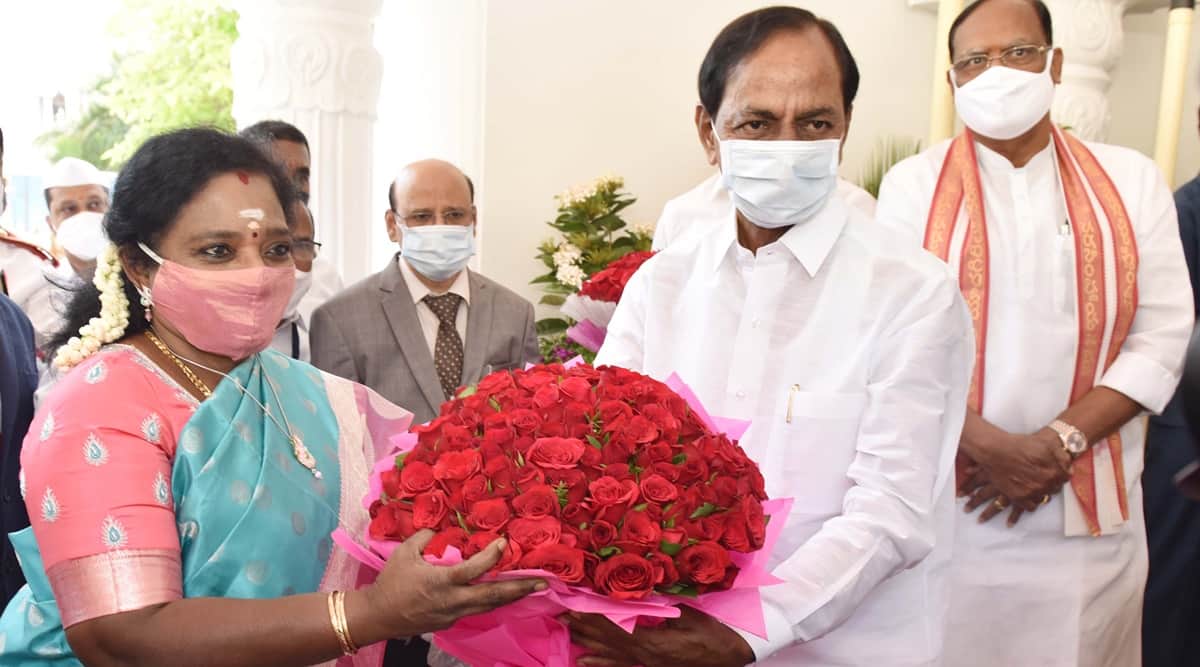 Telangana Chief Minister K Chandrasekhar Rao and Governor Dr. Tamilisai Soundararajan extended their greetings to the people on the occasion of the eighth State Formation Day.

The CM said he felt proud to announce that the newly formed state has achieved and made rapid strides in development and welfare sectors, becoming a role model for other states, and the country as well. The Governor recalled that the 29th state of India was formed on June 2, 2014, after a six-decade-long historic struggle by the people.

Chief Minister Rao will pay his tributes to the martyrs of the separate statehood movement at Gun Park near the state assembly complex today. As a part of celebrations across the state, the National Flag would be hoisted at district headquarters by ministers. The state government has also permitted celebrations with limited invitees amid the Covid-19 protocols.

“With many battles, sacrifices, martyrdom, we have achieved the Telangana State in a parliamentary democratic way. The Telangana state is fulfilling the demands of the Separate Telangana statehood movement one by one. Water for irrigation and drinking, Power, medical and Health, Roads and all other infrastructure facilities are being provided, reaching short-term and long-term aims,” Rao said, according to a statement from the CMO. The state government is committed to uplift aged people, otherwise abled, women, artists, artisans, all these communities., and the Telangana state has become a partner to their happiness, he added.

The Telangana state government has successfully revived and revitalized the agriculture sector by constructing irrigation projects, stabilizing the farm sector, and also strengthened the rural economy. Rao said people in Telangana made their contributions to the success of the state and thanked them for the same. He said, though there is a great economic loss incurred by the Corona pandemic, with the people’s support the state is marching forward. The faith and confidence reposed in him by the people, he said, is a rock of support to him. He said he would not rest till with the people’s support to make the Telangana State a ‘Bangaru Telangana’ a golden State.

Dr. Soundararajan said she was delighted to note that the youngest State of the country has made rapid strides in heralding a new dawn by ushering in a series of welfare and development initiatives. The State’s initiatives in irrigation, agriculture, Information Technology, pharmaceutical, and health sectors, welfare, and developmental activities in different spheres are helping the State emerge as a torchbearer in many sectors, she said.

” I am confident that with the inspired resilience of people, government, and the administration at all levels, soon we shall overcome this COVID-19 pandemic crisis. I wish that with the collective and committed efforts of all the sections of the people and the government the State will soon be transformed as the “Bangaru Telangana,” she said.