According to locals, the leopard was injured by grazing buffaloes. It was found lying on the ground in severe pain, and could not move due to internal injuries. 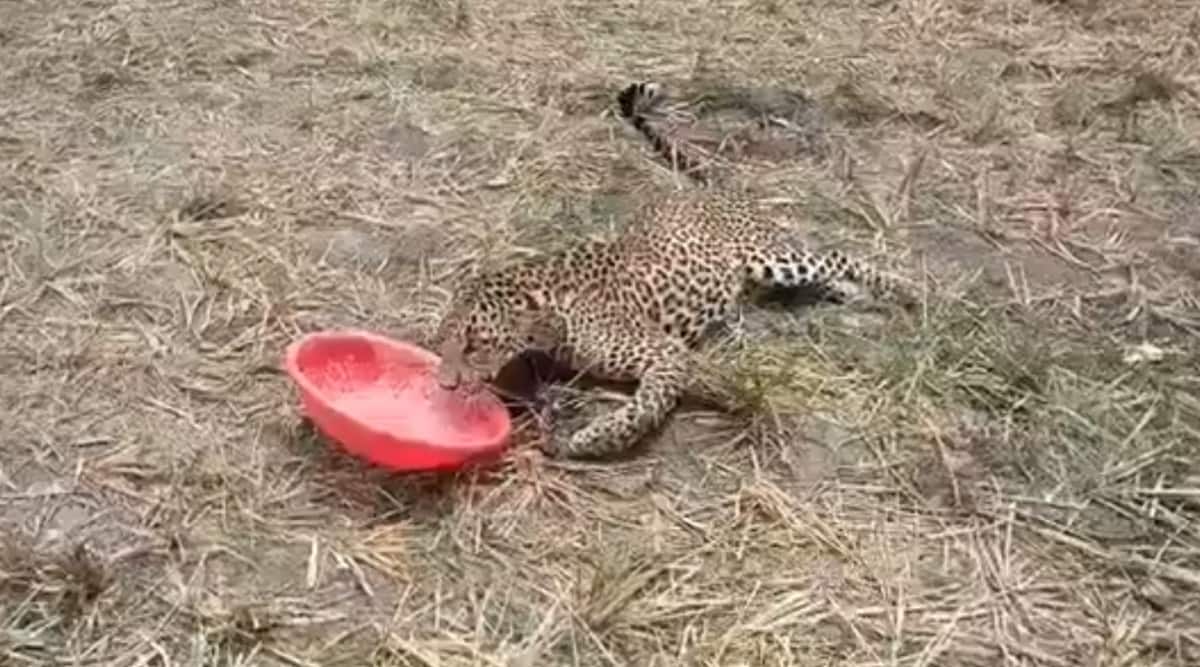 A severely injured and incapacitated leopard was rescued and moved to Hyderabad’s Nehru Zoological Park for treatment from Telangana’s Mahabubnagar district late Thursday evening after locals informed the Forest Department.

According to locals, the leopard was injured by grazing buffaloes. It was found lying on the ground in severe pain, and could not move due to internal injuries. The incident took place in Burugupally village in Koilkonda.

A statement from the Nehru Zoological Park said a vet team from the zoo reached the location near Burugupally village upon receiving a call from the Conservator of Forests, Mahabubnagar. The team led by Dr Rakesh found the leopard, believed to be a two to three years old male, incapacitated.

“The team succeeded in tranquilizing the animal within half an hour and transferred it into a cage. Internal injuries are apprehended due to which it was incapacitated and could not move. The sedated leopard was revived and brought to Nehru Zoological park, Hyderabad in the evening for treatment. Anti-inflammatory and pain killer drugs along with oral rehydration supplements and nervine tonics were given for immediate relief,” the statement said.

Meanwhile, at the zoo, a 21-year-old male leopard named Ayyappa died on Wednesday due to old age and multiple organ failure. Ayyappa was under observation by the zoo veterinarians.

The same day, 83-year-old elephant Rani, believed to be one of the oldest elephants in captivity, died due to old age-related complications.