The incident took place on Monday, but the woman approached police only on Thursday to file the complaint following a failed attempt to arrive at a compromise in the case by both communities, the police said. 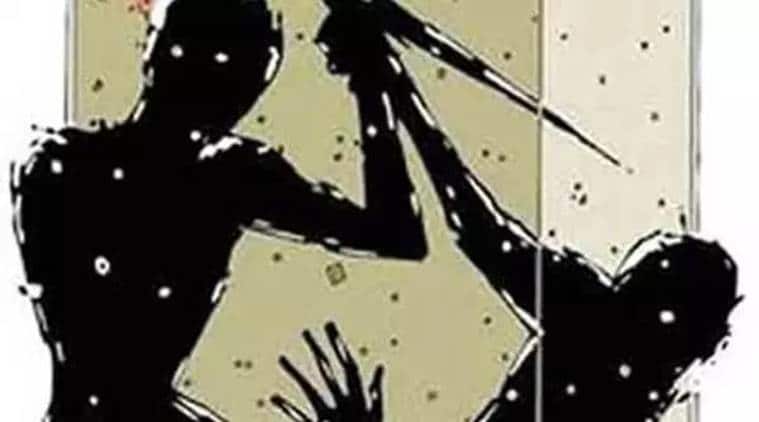 A mob of 200-300 upper caste people allegedly attacked the house of a Dalit couple in Mahuvad village in Padra taluka of Vadodara, after the husband allegedly put up a Facebook post saying that the government does not permit the village temple to be used for Dalit wedding ceremonies. While the police have filed an FIR against 11 persons and the mob of unidentified persons, the person who put up the social media post has also been booked for allegedly “promoting enmity between different groups”.

On Thursday night, a Dalit woman Tarulataben Mackwana, 46, complained to Vadu police and got an FIR registered against 11 people and a mob of 200-300 people for attacking her house, pelting stones, thrashing her husband Pravin Mackwana and threatening them over his Facebook post.

In her complaint, Tarulataben said that these people, armed with sticks, pipes and other weapons, arrived at her house and shouted abuses at the couple. When she stepped out of the house, she was allegedly slapped by the men.

The men then barged into her house and dragged her husband Pravin out and thrashed him, the complaint stated. She said the men had threatened her husband, telling him he would have to face consequences if he did not delete his post.

The incident took place on Monday, but the woman approached police only on Thursday to file the complaint following a failed attempt to arrive at a compromise in the case by both communities, the police said.

The police booked all the accused under IPC sections 143 (member of an unlawful assembly), 147 (Punishment for rioting.), 149 (Every member of unlawful assembly guilty of offence committed in prosecution of common object), 452 (House trespass after preparation for hurt, assault or wrongful restraint), 336 (Act endangering life or personal safety of others), 323 (Punishment for voluntarily causing hurt.), 504 (Intentional insult with intent to provoke breach of the peace), 506 (2) (Punishment for criminal intimidation.) and under relevant sections of the SC/ST Prevention of the Atrocities Act.

A 24-hour patrolling team was immediately deployed to the village after the complaint was filed yesterday but no arrests have been made so far.

“We are recording the statements of the villagers and the eyewitnesses in the case. We are yet to arrest anybody named in the FIR,” the investigating officer in the case, Deputy Superintendent of Police, Vadodara Rural, Ravindra Patel said. The police are also verifying the veracity of the claim made by Pravin, to find out whether such a practice of not renting out the temple premises to the Dalits in the village exists. “So far, no one has spoken about it in the affirmative,” said Patel. “For now we have deployed police patrol teams there to avoid any further clash or violence.”

On Thursday night, hours after the complaint was filed, Secretary-General of Rajput Shakti Yuva Sangathan’s Padra unit Kiran Padhiyar filed a complaint against Pravin over the post. In his complaint he alleged that through the post Pravin had tried to cause tension and enmity between two communities. In his complaint, Padhiyar states that the May 14 post uploaded by Pravin read, “Your democratic BJP government doesn’t let the premise of Ranchodji temple in Mahuvad village of Padra taluka of Vadodara be rented out to the Dalit community for wedding ceremonies.” In the comment sections, several people had abused the Rajput community, Padhiyar alleged.

Following this, the police also booked Pravin Mackwana under IPC sections 153 1 (a) and (b) (Promoting enmity between different groups on grounds of religion, race, place of birth, residence, language), 294 (Obscene acts and songs) and 406 (Punishment for criminal breach of trust).