People have been arrested there and they will be punished. But here in Bengal what is happening? Murders and rapes are taking place in one neighbourhood after another. It is difficult for women to go out after dark. They are molested, Dilip Gosh said. 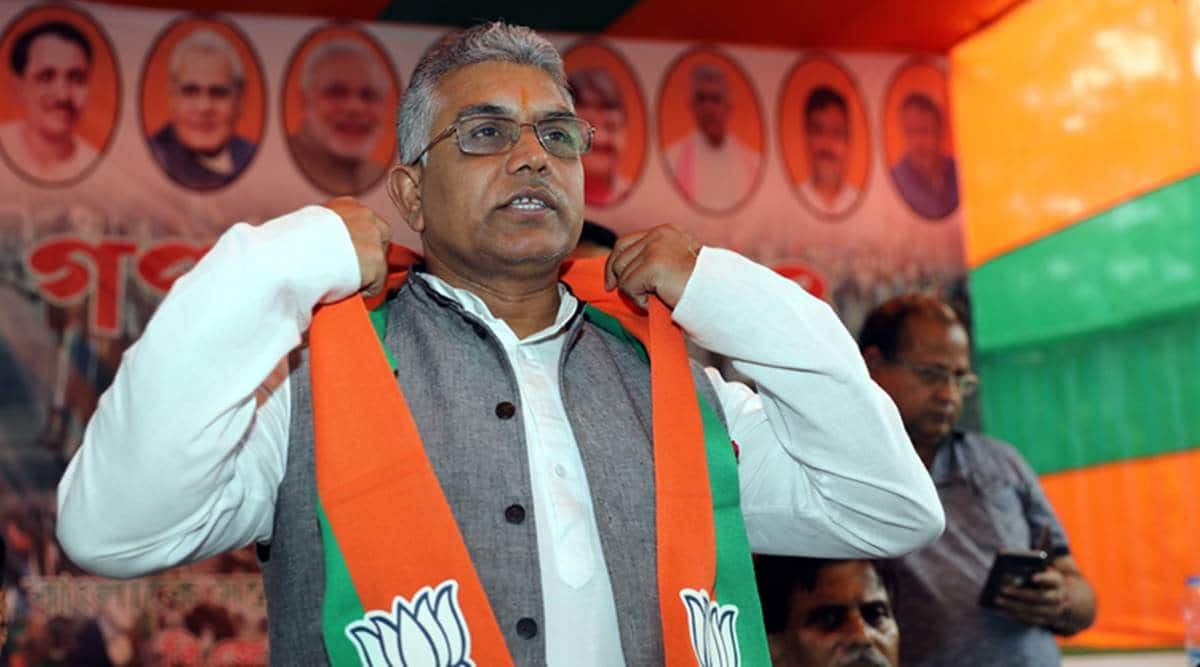 ON A day Chief Minister Mamata Banerjee hit the streets of Kolkata in protest against the Hathras murder and alleged gangrape, Bengal BJP leaders on Saturday accused her and her party Trinamool Congress of not caring about rape cases in West Bengal. State BJP president and Medinipur MP Dilip Ghosh said that the Uttar Pradesh Government suspended officials, but in Bengal, TMC had questioned the character of a rape victim.

“There (in UP) Superintendent of Police, District Magistrate, officer in charge and Inspector-in-Charge, everyone has been suspended. Proper investigation is going on. People have been arrested there and they will be punished. But here in Bengal what is happening? Murders and rapes are taking place in one neighbourhood after another. It is difficult for women to go out after dark. They are molested. And what Didimoni (Mamata Banerjee) says? She says it is the work of naughty boys,” Ghosh said while addressing a gathering at Mahisadal in Purba Medinipur.

Ghosh also referred to the Park Street gangrape case and said that character of the victim was questioned.

“MPs from the state have gone to UP to make a drama. But have you seen any of their leaders or MPs visiting the house of a rape victim here? No, because they are likely to be murderers and have no face to visit the victims. So, if one has to stop murders and rapes in Bengal, this government should go,” added Ghosh.

Meanwhile, BJP state secretary Sayantan Basu told media persons that the CM was enacting a drama by hitting the streets and people will not accept it.

“Why no rally when Kamduni rape took place? Why did she not hit the streets when rapes have happened in Rajgunj, Bashirhat, Bongaon, Haldia and other places. Why did she say it is a small incident when the Park Street rape took place? She is doing a drama and people will not accept this,” said Basu.