This is, by far, the earliest epoch of which astronomers have managed to calculate the mass of atomic hydrogen present in the galaxies, thus going back further in time to unravel the mystery of how stars and galaxies formed billions of years ago. 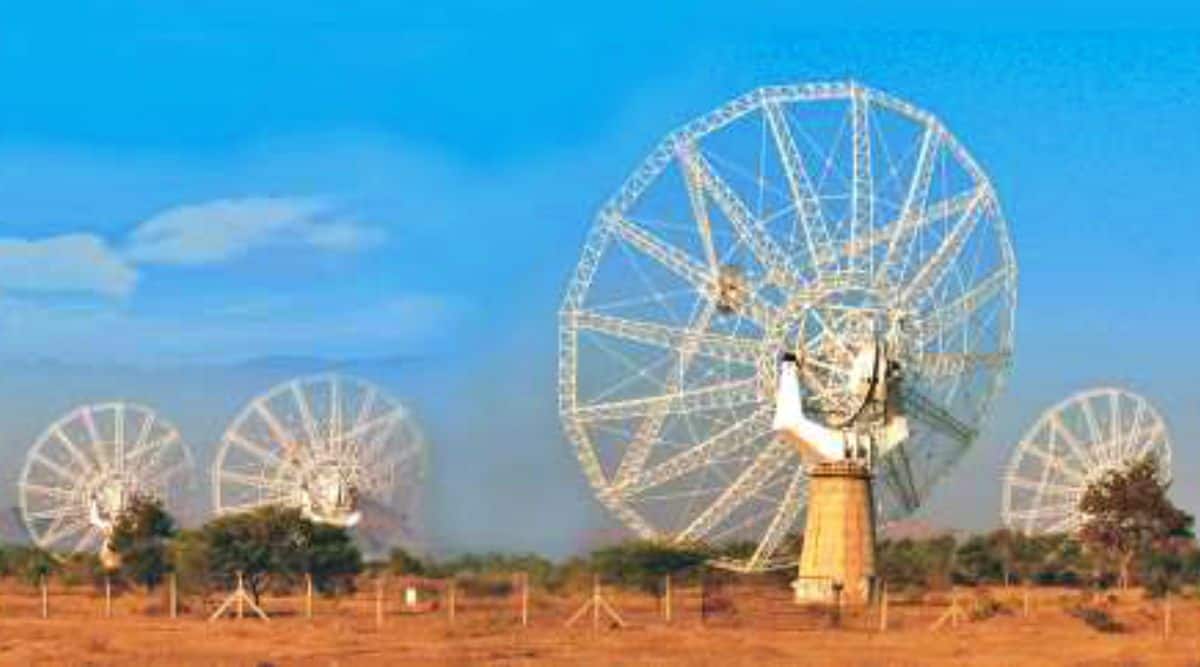 In a joint study carried out using the Giant Metrewave Radio Telescope (GMRT) in Pune, a group of astronomers has measured the mass of atomic hydrogen that was present in the universe nine billion years ago.

This is, by far, the earliest epoch of which astronomers have managed to calculate the mass of atomic hydrogen present in the galaxies, thus going back further in time to unravel the mystery of how stars and galaxies formed billions of years ago.

Galaxies are abundant with gaseous matter. The universe, believed to be about 14 billion years old, had a higher and more frequent rate of star formation while it was much younger. The highest star births were recorded between 8 to 10 billion years ago. This is because our galaxy, when young, possessed higher concentrations of gaseous matter — one of the main driving fuels for star formation.

Last year, the same group of scientists from TIFR – National Centre for Radio Astrophysics (NCRA),Pune, and Raman Research Institute (RRI), Bengaluru, had for the first time measured the mass of atomic hydrogen present in galaxies eight billion years ago.

“We find that galaxies nine billion years ago were rich in atomic gas, with nearly three times as much mass in atomic gas as stars. This is different from galaxies like the Milky Way, where mass of the gaseous matter is 10 times lesser than that of the stars,” said Aditya Chowdhury, a PhD student at NCRA and lead author of the paper published in The Astrophysical Journal Letters.

Intense star formation during the formative years meant the available gaseous matter was consumed faster. During the subsequent years, the rate of star formation slowed down due to the fast depleting and limited gas supply, said researchers.

In order to detect spectral lines to study atomic hydrogen, highly-sensitive radio telescopes like the GMRT are needed. Even with that, it was nearly impossible to detect such weak signals from individual galaxies located at astronomical distances, in this case, up to 30 million light years away from the Earth.

The group hence resorted to a technique called “stacking”, wherein 21 cm spectral line observations obtained from about 3,000 galaxies were combined and juxtaposed to ultimately measure the mass of atomic hydrogen gas.

Last year, the same group had managed to calculate the mass of atomic hydrogen present in 8,000 galaxies about eight billion years ago. “In the present study, when observations were taken five years ago, there were fewer galaxies. But the sensitivity and observation time, both were improved upon,” said Barnali Das, another doctoral student at NCRA who was part of the study.

Yet again, the observations go on to suggest the sensitivity of GMRT even before its upgrade in 2018, allowing it to do advanced research. “Detecting 21cm signals from distant galaxies was the main goal of GMRT. The study results are extremely important for our understanding of galaxy evolution,” remarked RRI scientist K S Dwarakanath.

Now scientists have two sets of mass measurements obtained of the atomic hydrogen, for 8 billion and 9 billion years from the past. Senior NCRA scientist Nissim Kanekar said that using the two completely different sets of receivers, two independent measurements in the early galaxies have emerged.