Dabhadkar's son-in-law Amol Pachpor told The Indian Express, "I am not in a condition to talk because I was also Covid positive and what has happened is correct. There are no two opinions that he was a man of helping nature…" 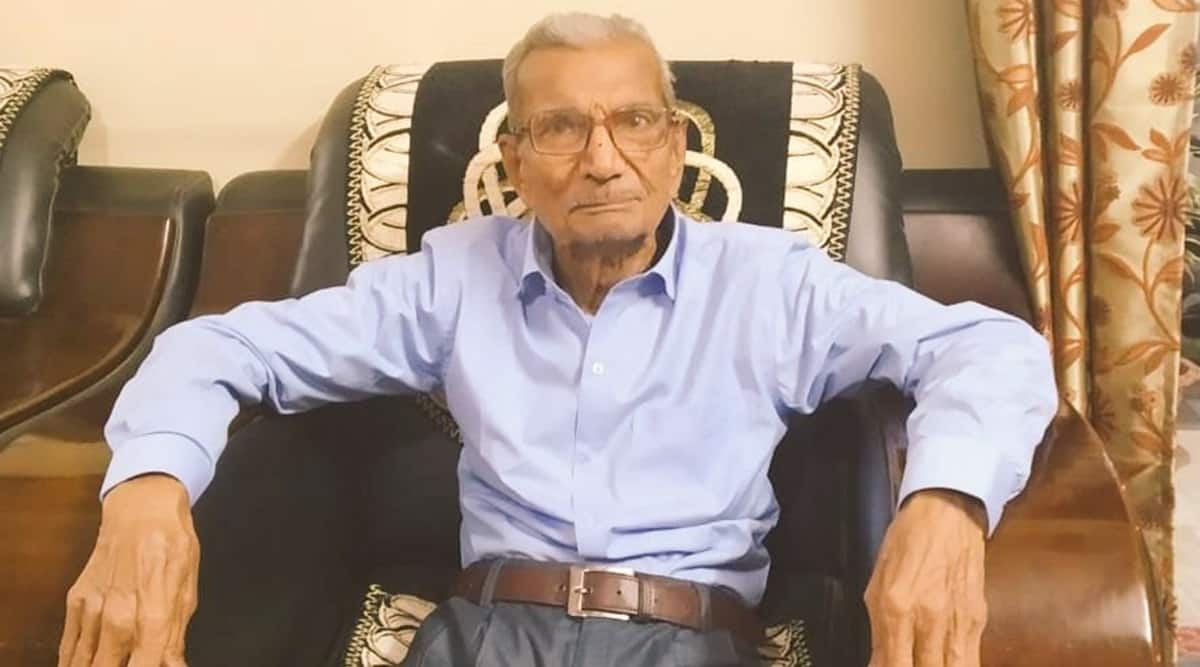 A claim viral on social media that an elderly RSS worker “gave up” his bed at a Covid hospital to a younger person has run into questions.

Doctors have said 85-year-old Narayanrao Dabhadkar, who died three days later at home, indeed had taken discharge against medical advice (DAMA), but there was no clarity over the claim that he had given up his bed for someone else.

A statement or “news” issued by RSS on Tuesday claimed, “Dabhadkar had secured a bed at the Indira Gandhi Rugnalay after a lot of running around. When brought to the hospital, he was barely able to breathe and all the formalities for his admission to the hospital had been completed. It was then that Dabhadkar saw a woman wailing and requesting the authorities to admit her 40-year-old husband and provide him with oxygen. Her children were also crying. Dabhadkar told the medical staff that he was 85 and had lived his life and, if there are no beds available, the bed reserved for him be given to the man whose family needs him.”

The statement further read, “Dabhadkar’s son-in-law and doctors tried to explain to him that it was necessary to treat him, and that there was no guarantee that he would get another bed. Dabhadkar, however, called up his daughter and said he is returning home, which would be the right thing to do. Being her father’s daughter, she understood his feelings. Dabhadkar signed the consent letter and returned home, where he died after three days.”

Sheelu Chimurkar, the doctor incharge at the hospital run by the Nagpur Municipal Corporation, however, said, “Dabhadkar was admitted at 5.55 pm on April 22 and we had put him on an oxygenated bed in the casualty ward. We told the relatives accompanying him that he will have to be moved to a higher hospital in case his condition deteriorates. They agreed and left. They returned at 7.55 pm and sought his discharge. We don’t know the reason, but advised them that he should be taken to a higher hospital. After his son-in-law Amol Pachpor signed the consent letter, we gave him discharge against medical advice.”

Asked about the claim doing the rounds on social media, Chimurkar said, “Our staff on duty on the day was not witness to any such incident.”

The hospital, which has 110 Covid beds, has 92 active beds with the remainder being kept for the proposed intensive care unit. Asked if the hospital did not have any other bed available, Chimurkar said, “We had at least four to five beds available on the day.”

Dabhadkar’s son-in-law Amol Pachpor told The Indian Express, “I am not in a condition to talk because I was also Covid positive and what has happened is correct. There are no two opinions that he was a man of helping nature. But what is there to talk about now? Four days have elapsed since his death. What is there, is a fact. That is all I can say. I am not willing to talk further.”

Asked if he tried taking him to another hospital, Pachpor said, “We searched a lot of hospitals and this was one where we found a bed. But the rest, you know. Then I took him to my elder co-brother because they were all Covid positive too. I don’t need to tell you anything different.”

On being pressed further if his father-in-law was taken to another hospital, Pachpor once again said, “I told you that I am not in a position to talk. We will talk about it later.”