According to data from the district administration, Gurgaon tehsil received 23 mm of rainfall from 8 am to 5 pm on Saturday. 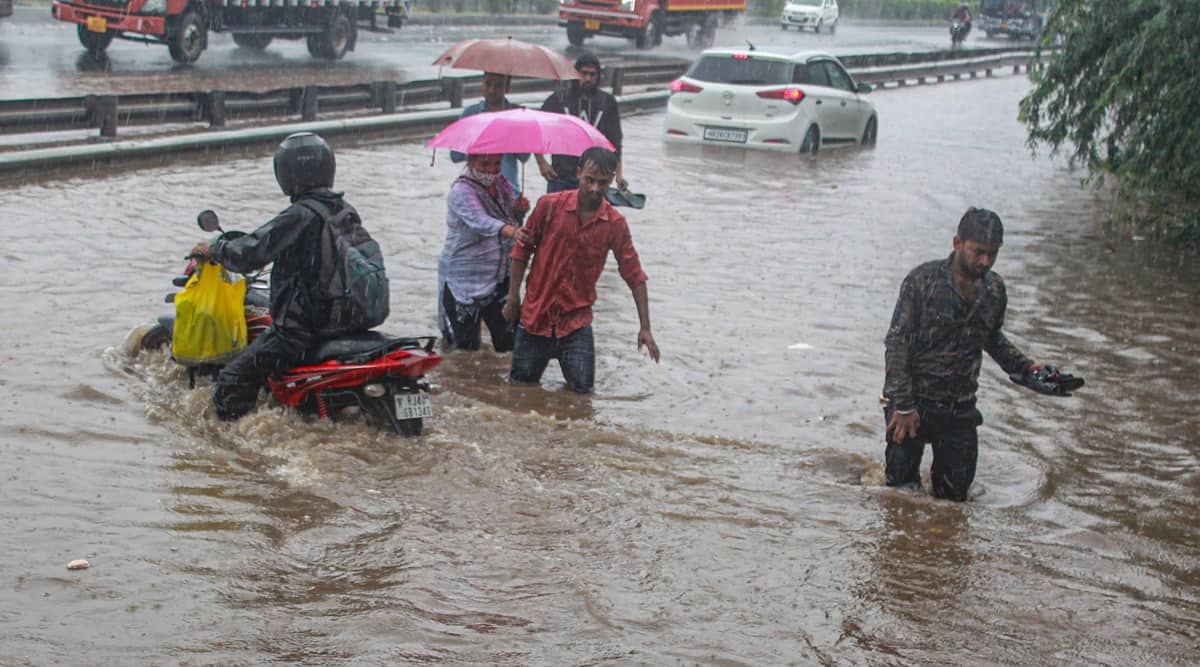 Gurgaon witnessed intermittent spells of rainfall throughout the day on Saturday, causing waterlogging and traffic congestion in some areas.

According to data from the district administration, Gurgaon tehsil received 23 mm of rainfall from 8 am to 5 pm on Saturday. As per the IMD, the city received 10.2 mm rainfall between 8 am on Friday and 8 am on Saturday.

Pardeep Kumar, chief engineer, Infrastructure-2, Gurugram Metropolitan Development Authority (GMDA), said, “Till noon, there was no waterlogging in the city, except for local depressions, since the intensity of rainfall was low, lasting for short spells. The water was being drained out by pumps simultaneously. After a heavy spell of rain for an hour around 3 pm, waterlogging was reported on Narsinghpur service lane on the highway, Rajiv Chowk, sector 9 A and sectors 21/22/23. By 5 pm, rainwater was cleared from most parts, barring Narsinghpur stretch and sector 9, 9A, where it takes time for rainwater to recede due to the topography.”

Ravinder Tomar, DCP (traffic) said, “There was slight congestion near Khandsa on the NH-48 because of rain. But overall traffic movement remained smooth. Traffic density was also considerably less because of the weekend.”