Jammu and Kashmir Lieutenant Governor Manoj Sinha has announced an ex-gratia of Rs 5 lakh each for the next of kin of each deceased killed in the cloudburst. 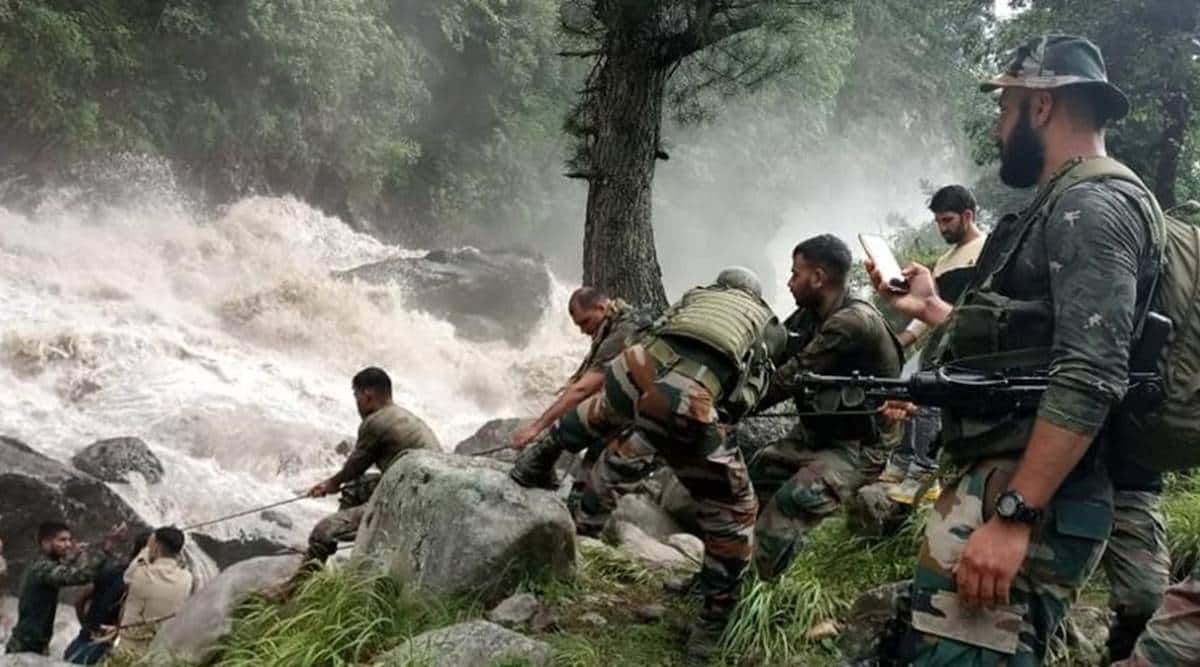 Nearly a week since a cloudburst hit Jammu and Kashmir’s Kishtwar district, the search for the 19 people who were washed away in the resultant flash floods has drawn a blank — and hope is dissipating rapidly.

“The SDM and the ASP are there supervising the operations, but there is massive debris,” said Kishtwar Deputy Commissioner Ashok Sharma.
“Whosoever could be rescued were rescued on the first day,’’ he said. “With each passing day, the chances of rescuing those still missing gets dimmer.”

Sharma added: “It appears that the missing people have got washed away by the flash floods into the Chenab river.”

Eleven men and eight women went missing after the disaster.

Hunzar village, meanwhile, remains a scene of widespread devastation — houses have been damaged, and massive silt and huge boulders are spread over a vast area. Acres of agricultural land, too, have been damaged in the flash floods triggered by cloudburst, sources said. The police have started a community kitchen for village residents.

On the first day after the disaster, seven bodies were recovered and seventeen injured people were rescued — half-a-dozen people are in critical condition.

Nearly a dozen residential houses, a ration depot and a bridge, besides a large number of cattle sheds, were damaged.

Jammu and Kashmir Lieutenant Governor Manoj Sinha has announced an ex-gratia of Rs 5 lakh each for the next of kin of each deceased killed in the cloudburst. “The grievously injured would be given ₹50,000 each and ₹12,000 under State Disaster Response Fund (SDRF) shall also be disbursed,” a statement issued by his office had said, adding that the Kishtwar deputy commissioner’s office would also provide relief amount from the SDRF for loss of houses, clothing, household items, livestock, cattle shed, agricultural land, and utensils to those affected in the disaster.