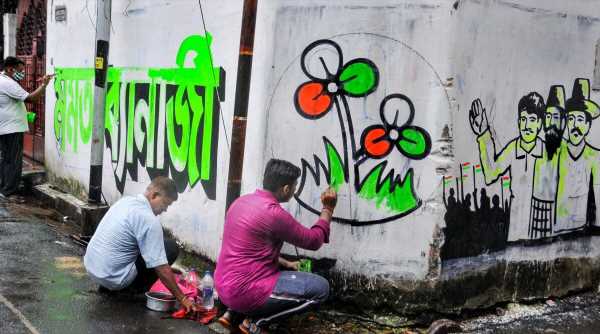 On September 30, a by-poll will be held in Bhabanipur in Kolkata, where CM Mamata Banerjee is the candidate. She has to win the election to hold on to her position. The Left Front on Tuesday questioned the decision of the Election Commission to hold a by-poll in one Assembly seat on September 30, and demanded that by-elections also be conducted in four other constituencies in the state at the earliest. Those four seats are Deganga (North 24 Parganas district), Khardah (North 24 Parganas), Santipur (Nadia), and Dinhata (Cooch Behar).

On September 30, a by-poll will be held in Bhabanipur in Kolkata, where CM Mamata Banerjee is the candidate. She has to win the election to hold on to her position. Jangipur and Samserganj in Murshidabad district will also vote that day since the elections there were countermanded earlier this year when the rest of state voted.

“How could the chief secretary surmise in his submission to the poll panel that by not electing one personality could lead to a constitutional crisis when the ruling party has its own majority to run the government?” asked the Front. With 213 seats in its bag, the TMC could have chosen its leader from among the elected MLAs, the Left said, adding that the ruling party’s legislators had failed to make that choice.

The Left Front announced its support for an all-India strike on September 27 called by farmers’ groupss demanding the repeal of three agrarian laws passed in Parliament last year.