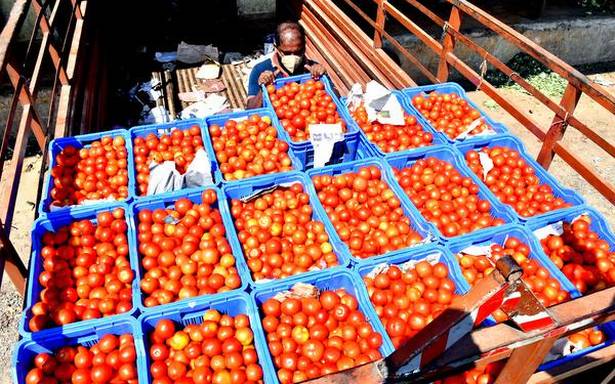 The tomatoes that arrived from Andhra Pradesh on Monday will be sold at ₹48 per kg, officials of the Kerala State Horticultural products Development Corporation (Horticorp) said.

The consignment consisting of 10 tonnes was unloaded at the World Market at Anayara in the capital. They will be sold primarily in the southern districts through the Christmas-New Year markets and other outlets of Horticorp and Vegetable and Fruit Promotion Council, Keralam (VFPCK).

Horticorp had struck a deal with farmers in Mulakalacheruvu, Chittoor district, Andhra Pradesh, as part of a market intervention measure launched by the Agriculture department in November to arrest soaring vegetable prices.