On Friday, Prime Minister Narendra Modi had congratulated Goa for administering the first dose of the Covid-19 vaccine to 100 percent of its eligible population. 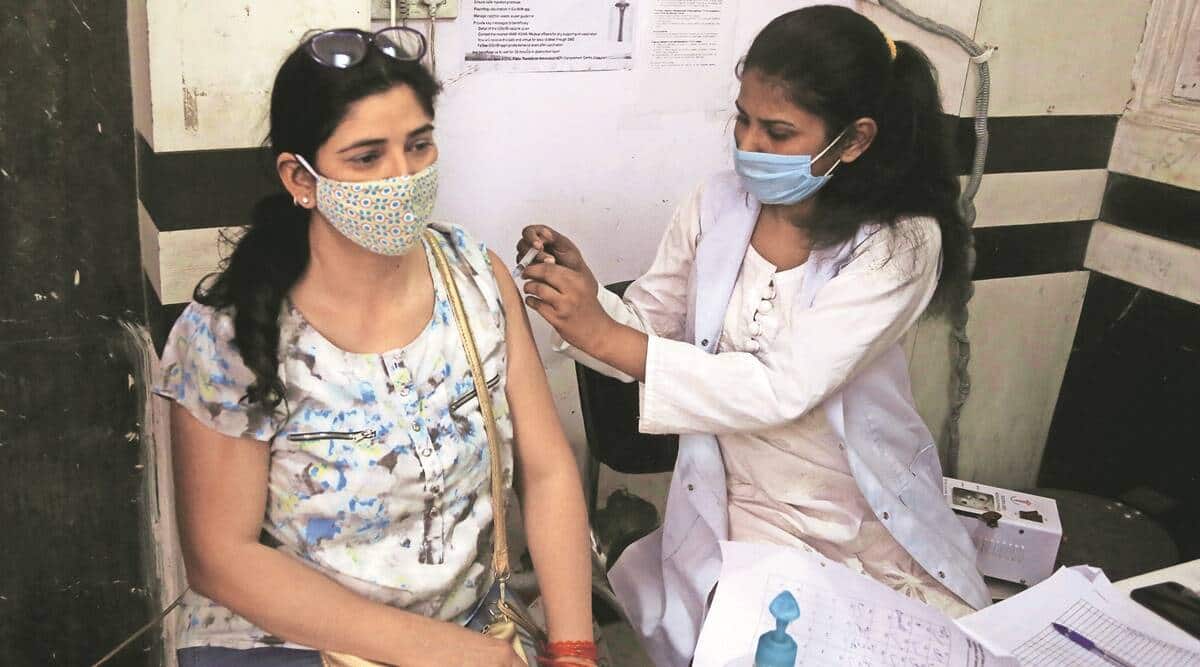 A day after Goa Chief Minister Pramod Sawant announced that the the state had administered the first dose of the vaccine against Covid-19 to 100 per cent of its eligible population, Congress leaders in the state alleged that this was “one more lie” the BJP government in the state was perpetrating.

On Friday, Prime Minister Narendra Modi had congratulated Goa for administering the first dose of the Covid-19 vaccine to 100 percent of its eligible population. “Well done Goa! Great effort, powered by a collective spirit and the prowess of our doctors as well as innovators,” Modi said in a tweet. Congratulatory messages followed from Union Minister for road transport and highways Nitin Gadkari, BJP National President J P Nadda and National General Secretary B L Santhosh among others.

Leader of Opposition in the Goa legislative assembly Digambar Kamat on Saturday said that the Goa government’s claim was “one more lie added to ‘pack of lies’ of @BJP4Goa government.” Kamat said in a tweet, “Insensitive BJP4India first declared Goa as Open Defecation Free, Later announced Goa is connected with Tap Water in every Household. Lies continue…”

Senior government officials said that as of September 6, there were 11,42,771 adults in the state , based on the Election Commission of India’s record. The projection of the population aged 18 and above in Goa, according to the Registrar General of India was 11.66 lakh and the number of people who received the first dose in the state had exceeded that too.

Saying that a number of people in Goa were not vaccinated, Chodankar said, “There is nothing special in Prime Minister Narendra Modi congratulating Goa CM Dr. Pramod Sawant based on false statement made by Union Health Minister Mansukh Mandaviya on 100 percent covid vaccination to all the eligible population. BJP Government is known for making big announcements without actually performing or accomplishing the task.”

State Immunisation Officer Dr Rajendra Borkar had said on Friday, “According to the electoral data we have a population of around 11.45 lakh and we have already crossed the first dose by that. The total figure is more than that because some people may have also come from outside (the state) and got their vaccination done.” He said that going by the numbers, the 100 percent administration of the first dose had been achieved. “By numbers it is true. We don’t have a mechanism to verify each and every person. There is always plus or minus 1 per cent that happens in such big programmes. On the whole, we say that we have achieved 100 percent,” he said.

Borkar explained, “We have around 11.45 lakh people but we have crossed it. This could mean some people from Goa may have taken their second dose outside. That may be a possibility. Considering all these possibilities, if we are near that figure, we can claim that we have done the job. The percentage is for technical reasons but for us, the immunization division, we achieve maximum coverage and try to reach near 100 percent. There are so many combinations and permutations. Our Goan people may go out, some form other states may come to Goa and since this is a pan-India programme, we cannot stop anyone from coming to Goa or going out. Foreigners are also getting vaccinated”.

He said that vaccination began in Goa on January 16 starting with health workers and front line workers. The state has so far had three phases of the Tika Utsav. So far, 11,83,247 persons had received the first dose of the vaccine and 4,78,432 had received the second dose in the state.

Sawant had said that the state was aiming at completing the administration of the second dose to its population by October 31.