How many falsehoods and half-truths can a head of government propagate in 20 minutes?

As many as can be swallowed by an adoring populace, it would seem.

From the allegation that until now, India depended on foreign countries for vaccines, to the claim that no VIP culture was allowed in the vaccination programme; from the self-congratulations about India’s successful handling of the pandemic through ‘discipline and restraint’, to the euphoric chant of ‘optimism, optimism, optimism’ that Indians are reportedly reciting today — which of these claims made by Prime Minister Narendra Damodardas Modi match the reality that lakhs of Indians have gone through and are still going through?

To get the first and most offensive lie out of the way: For the first time, India is manufacturing its own vaccines.

Even a lay person knows that India has been manufacturing vaccines for decades. The Haffkine Institute has been a Mumbai landmark forever; during the pandemic, we learnt that the Serum Institute of India is the world’s largest manufacturer of vaccines.

The PM didn’t know that?

In fact, not only was India producing vaccines even before Independence, but the plague vaccine was discovered on the premises of the JJ Hospital as far back as 1897.

In 1896, Bombay was struck by plague and the governor invited Dr Waldemar Mordecai Haffkine, who was then trying out his cholera vaccine in Calcutta, to work on a plague vaccine.

After he succeeded in developing one, the government handed over the present premises of the Haffkine Institute in 1899 to this Ukranian scientist, who had been a student of Louis Pasteur. It was then called the ‘Plague Research Laboratory’; Haffkine became its director.

By the time he left India in 1904, the Haffkine Insittute was producing cholera and plague vaccines.

In 1925, the institute was named after him. The Haffkine Institute both developed and manufactured anti-rabies and anti-snake venom serums, and also manufactured the oral polio vaccine.

In 1905 the Central Research Institute was set up in Kasauli, Himachal Pradesh, and in 1907, the Pasteur Institute of Southern India (as it was known then) in Coonoor.

With such a glorious history, why would independent India depend on foreign countries to manufacture vaccines? In fact, a year after Independence, the BCG Vaccine Laboratory was set up in Guindy, near (then) Madras and in 1951, a mass BCG vaccine campaign was started.

In 1970, an indigenous polio vaccine was developed and produced in India.

Our country was thus pretty far ahead in vaccine production much before Narendra Modi emerged even as a state-level leader. 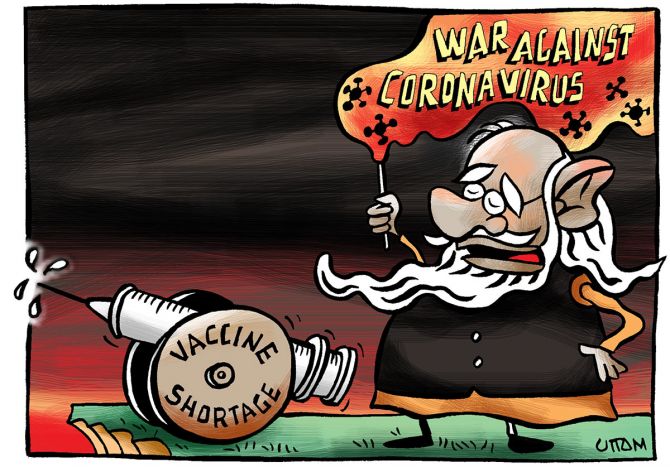 Equally offensive was hearing the PM boast about India’s successful fight against the pandemic through ‘discipline and restraint’. The man saying this had ignored warnings by scientists and doctors about an imminent second wave and allowed the Kumbh Mela to take place which expectedly, emerged as a super-spreader.

The same man had flouted every Covid-related norm by addressing mass election rallies while his citizens gasped for oxygen and waited outside hospitals for beds.

As for our successful fight against Covid: research carried out by international experts, with highly qualified Indians among them — including Arvind Subramanian, who was the Modi government’s chief economic advisor till June 2018 — suggests that our total death toll as of July 2021 was 4 million, ten times the official figure of 400,000.

The PM claimed that there was no place for ‘VIP Culture’ in India’s vaccination programme. Well, no VIP was ever seen waiting in line for her/hos vaccine.

Forget VIPs, during the months of April, May and June this year, when the second wave was devastating us, the vaccine was freely available only to those privileged enough to pay for it; for the rest, it became a game of chance.

The shortage that began in April was made worse by the Centre’s new May 1 vaccination policy, wherein it kept only 50% of vaccines for free distribution, and left it to states and private hospitals to acquire 25% each, with the latter free to charge whatever they wanted.

It became commonplace for housing societies and corporates to organise drives for their members and employees, while the ordinary citizen spent hours waiting at public centres only to be turned back.

What was this, if not VIP culture?

It took an intervention from the Supreme Court for the government to change its policy by end-June; even then, as much as 25% is still reserved for the private sector. 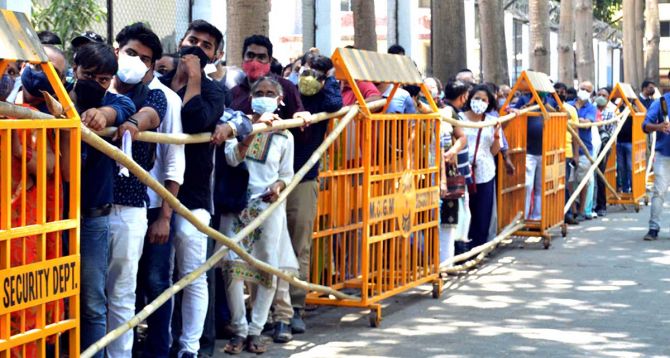 But, the Sensex is soaring, festival shopping is on, and luxury car sales have broken records of the last three years. Who cares if sales of the humble two-wheeler are at an all-time low?

Not our PM, for sure.