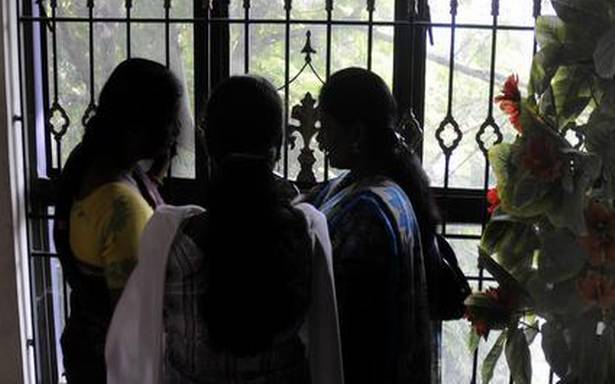 The South Bengal Frontier of the BSF has arrested 30 women from Bangladesh who were illegally crossing the international border, upto July 10. Six Indian nationals, whom they described as touts for allegedly trafficking these women into the country, were arrested.

According to BSF officials most of the women were lured by these traffickers on the pretext of jobs.

For instance, on June 22, 17-year-old Alima (name changed) and her 45-year-old mother were rescued from the Jeetpur border outpost in the North 24 Parganas district.

The incidents of cattle smuggling have dropped significantly along the south Bengal frontier spread over 913.32 km along the border from Malda which includes 363.93 km of riverine border but trafficking continues to be on the rise.

The COVID-19 related distress has affected the population on both sides.

A significant number of those arrested were women, most of them lured by touts on both sides of the border on the pretext of jobs or marriage.

The pandemic has not eased the situation in the bordering areas of West Bengal as well and have led to increased incidents of trafficking also.

Subhasree Raptan, from Goranbose Bram Bikash Kendra, and a collective working against trafficking Tafteesh, said that investigation in cases related to human trafficking has also suffered in the past few years.

“There are scores of cases where survivors of trafficking who are rescued from States like Maharashtra and Delhi, but such cases are not taken up for for inter-state investigation by the Anti Human Trafficking Units,” Ms. Raptan said. She also added that the draft of the Trafficking in Persons (Prevention, Care and Rehabilitation) Act, 2021 Bill by the Ministry of Women and Child Development (WCD) has not defined the role of Anti-Human Trafficking Units.

The Ministry has invited suggestions for the draft of the Bill and activists like Ms. Raptan working on ground suggest there should be fast track courts for trafficking cases and emphasis on streamlining implementation of victim compensation.