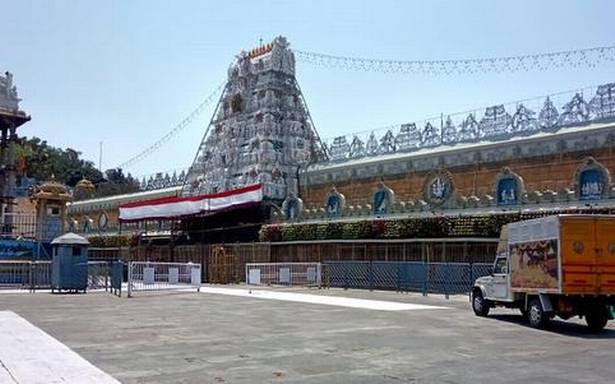 TTD Additional Executive Officer A.V. Dharma Reddy on Saturday said that 50,000 free darshan tickets will be issued to residents of Tirupati for “Vaikunta Dwara Darshan” at Lord Venkateswara temple in Tirumala from January 13 to 22.

The official was inspecting the venues arranged for issuing the darshan tickets to residents at the ZP High Schools of MR Palle and Satyanarayana Puram localities, Ramachandra Pushkarini, Rama Naidu School at Bairagipatteda and the special counters at the municipal office at Tirupati. Mr. Dharma Reddy said that the residents could get the tickets from the respective venues from 9 a.m. on January 10. The ticket holders would be allowed to reach Tirumala on previous day from 2 p.m. onwards during the ten days.