‘This is a tragedy that must be stopped.’

It is a microscopic round body with weird antenna like projections.

It measures 76.5 nanometres in diameter, with a nanometre being one thousand-millionth of a metre.

Every tiny nanometre of it is d-e-a-d-l-y.

This virus is the most common cause of diarrhoea in infants across the world.

In India, over 260,000 children under five years died from pneumonia and diarrhoea in 2016.

India along with 14 other countries accounted for 70 per cent of the deaths from both these killers while India and Nigeria accounted for half of them.

This statistic emerged from the 2018 Pneumonia and Diarrhea Progress Report published late last year by the International Vaccine Access Center at the Johns Hopkins Bloomberg School of Public Health, Baltimore.

The virus is easily transmitted by unwashed hands, that might have been exposed to fecal matter, to food, water, surfaces, other people and so on.

It has no cure.

But vaccination coverage to prevent rotavirus infection in India was the lowest among the 15 countries, where it was introduced in 2017, with systems to introduce the vaccine barely making impact.

His close encounters with the lethal rotavirus began more than 40 years ago when he was working with native American populations affected by this virus.

The virus was first isolated in 1973 by Australian virologist Dr Ruth Bishop. At the time, Dr Santosham recalled, in an earlier interview to a Myanmar publication, ‘There were about 20 million child deaths per year, of which about 5 million were from diarrhoea. It was the case that a child died every six seconds from diarrhoea’.

Subsequently, many remedies like rehydration salts helped diarrhoea mortality come down to about 500,000 per year, 10 times less than what it was. ‘Depending on which part of the world you are in, between 30 to 50 percent of diarrhoea is caused by rotavirus’.

Dr Santosham explained that though the virus is omnipresent, deaths from the virus rarely happen in the developed world where infants have access to ready medical care.

The principal investigator, Dr Santosham works with a $37 million dollar grant from GAVI termed the Hib initiative. The main objective of this initiative is to assist the poorest countries in the world to make an appropriate decision about introduction of one of the Hib vaccines into their national programs.

Dr Santosham has consulted in a multitude of countries for various international agencies like WHO, USAID, UNICEF and the Gates Foundation.

Advocacy by Dr Santosham and his colleagues in the field have helped save millions of lives a year all over the world.

“Most people, and even some general practitioners, are not aware that rotavirus is the leading cause of moderate to severe diarrhoea and diarrheal deaths in children,” Dr Santosham tells Rediff.com‘s Vaihayasi Pande Daniel. 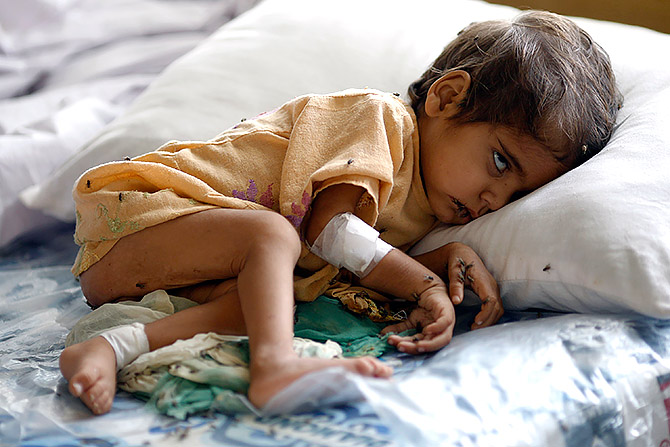 What does India need to understand about the rotavirus?

Most people, and even some general practitioners, are not aware that rotavirus is the leading cause of moderate to severe diarrhoea and diarrheal deaths in children.

You might also be surprised to know that while access to clean drinking water and improvements to sanitation and hygiene are crucial for preventing other causes of diarrhoea, these factors alone are not sufficient to prevent rotavirus diarrhoea.

Antibiotics, too, do not work against rotavirus. 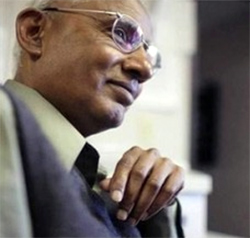 In your experience, why is the journey of the rotavirus vaccine from markets to the mouths of the children, who need it, so long?
What is the single biggest reason for the fact that the proportion of children receiving treatment remains as the report said ‘dismally low’?
Why is the adoption process so slow?

Although rotavirus vaccination has been recommended by the World Health Organisation for all children, the process for considering a vaccine for a large country such as India can take a while.

Adequate supply of the vaccine needs to be secured for an annual birth cohort of close to 27 million children.

The government recently developed plans to roll out the vaccine fully across all states, which will help to protect a growing number of children from rotavirus diarrhoea. 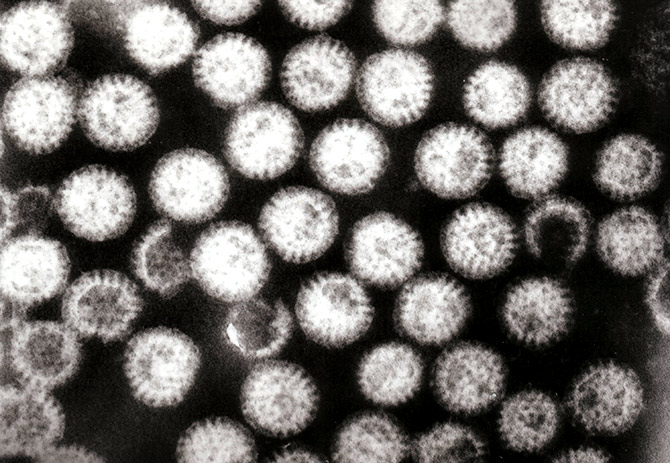 What are the challenges India faces in reducing rotavirus among young children and infants and in making the vaccine available across India?

India continues to make progress in introducing new vaccines, but given the sheer size of the country scale-up does take time.

Some parts of India have very low vaccine coverage rates, and this has to change.

There are many reasons for that including lack of awareness and understanding of the importance of the vaccine, lack of monitoring of coverage, and poor supply management, especially in hard-to-reach areas and at times budgetary constraints.

Partners, governments, and health workers need to work together to ensure that vaccines are available in even the most remote areas and in urban slum and that parents understand the importance of prevention. 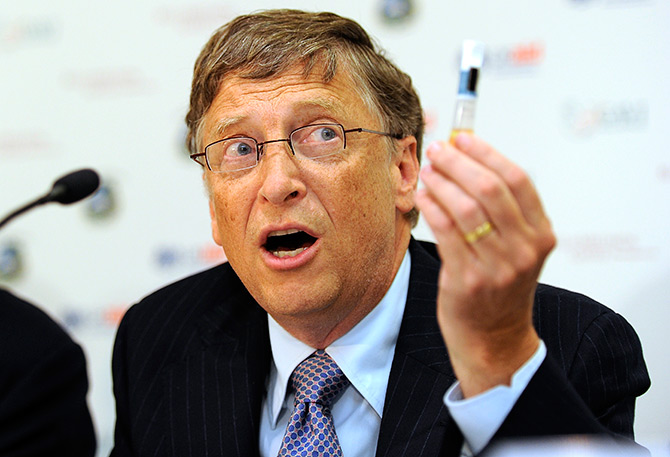 Deaths in India from rotavirus below five are still tragically high. When you read these kinds of statistics what are the thoughts that cross your mind?

When I hear these statistics, it makes me extremely sad.

I have been working on rotavirus disease prevention for over 40 years.

We finally have several effective vaccines to prevent this disease, yet we continue to have deaths because vaccines are not yet reaching every child.

When I was in the final year of my medical school in India, every day I saw children dying of diarrhoea in front of my eyes because they came to the hospital too late.

There is no reason a child should die of pneumonia and diarrhoea — the two diseases that cause the most number of deaths among children in India and around the world.

Each day in India over 700 children die of either diarrhoea or pneumonia. This is a tragedy that must be stopped. It can be done if the public health community brings all of the necessary resources to address this situation. 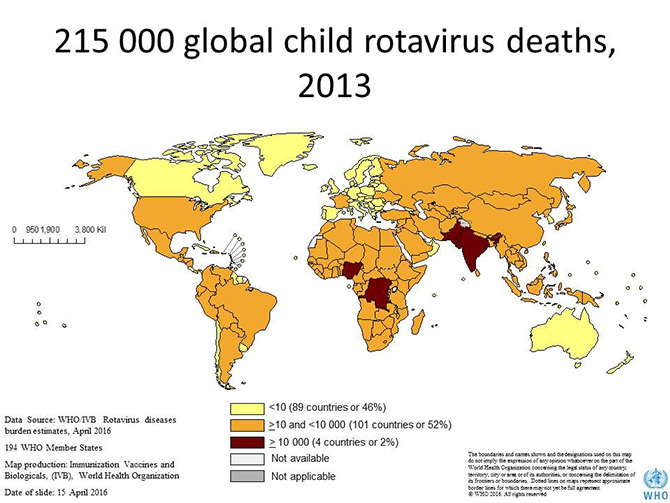 The vaccine was launched in 2015. So it is quite evident that the government is working hard to improve India’s vaccine coverage.
What are the key steps, in your experience, that governments like the Indian government, need to take to get the ball rolling faster?

It is heartening to see that India has made progress and is taking efforts to improve vaccine coverage and introduce newer vaccines to protect children against life-threatening diseases.

However, it is important that this will and proactiveness be replicated at all levels of government including the most remote areas where the poorest children, who are at high risk to disease and death, live.

In order to ensure vaccine access to these children, appropriate infrastructure, human resources, and logistics need to be built across the country.

There also needs to be appropriate and accurate communication at all levels, especially directed at parents and caregivers, about the need for the vaccine and the benefits of using the vaccine. 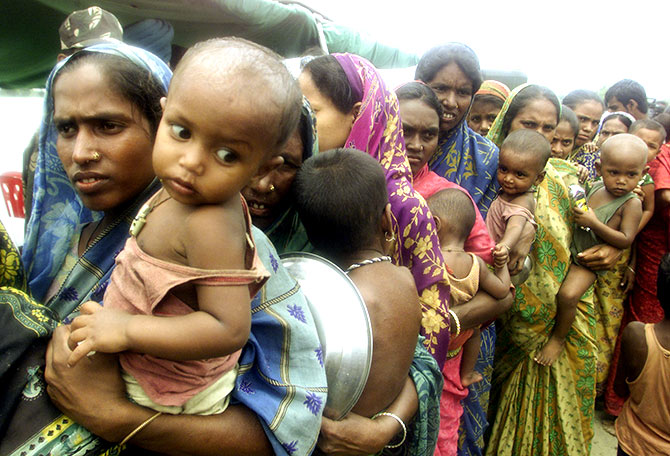 What hesitation do Indian mothers have in seeing that their child is administered this vaccine?

A major barrier has been misinformation, fuelled by rumours proliferating through social media and other outlets. Not receiving correct information can make parents hesitant to let their children receive vaccines.

We need to remember that hesitation can be very personal and subjective. Not all parents have the same concerns.

It is essential that we ask questions to understand what their apprehensions are and implement approaches that respect and address them. 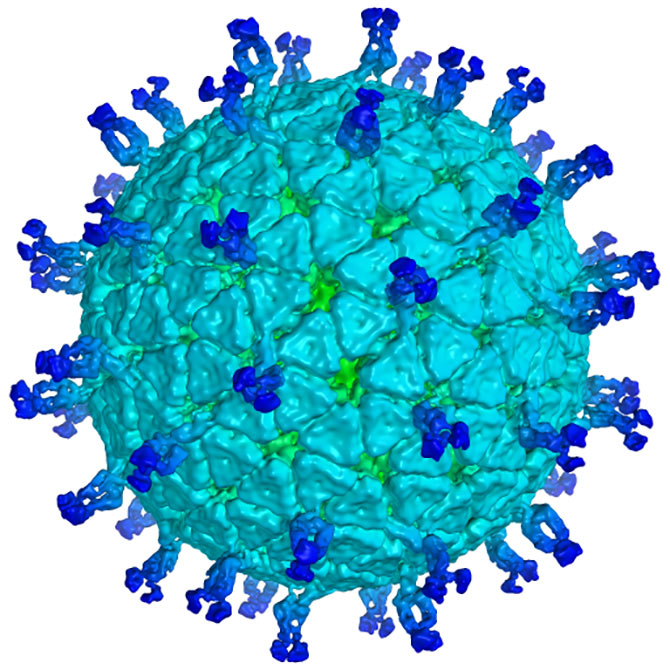 India’s polio vaccination programme has been in place for decades and hence awareness has been achieved. But one has not seen any samples of advertising or promotion of the rotavirus vaccine? Is that part of the problem do you feel?

We know that mass communication can be very effective, as was shown for many interventions, such as polio vaccination.

India’s polio eradication campaign has been a model and lessons learnt from it can help guide the country’s efforts to introduce new vaccines. Using similar communication strategies will definitely make a huge difference.

We also need to remember that polio has been a door to door strategy with significantly more resources. The goal must be to strengthen the routine immunisation system so children have access to all interventions that will help prevent disease and keep them in good health. 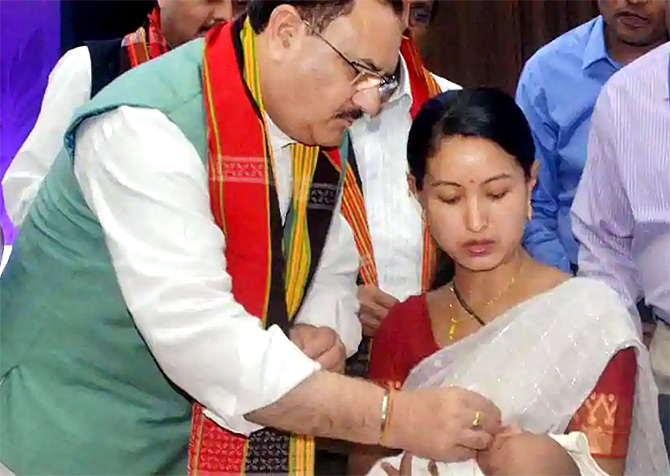 Indians seem quick to adopt prevention methods for some diseases and not others? Why the difference, do you feel?

Parents will do anything that they feel will protect their child from disease and suffering.

Diseases such as smallpox, which caused severe illness and even death that was visible to the parent, received immediate attention and thus resulted in higher demand for the vaccine. Moreover, at that time the need for the smallpox vaccine was promoted extensively in the media.

Parents will rarely refuse an intervention as long as they are given correct information on the benefits of the vaccine and how it can protect their child from severe illness and even death.

Appropriate and effective communication coupled with access to these interventions (which may include availability of appropriate transportation and access to facilities) is key to improving access to important preventive methods such as vaccines.