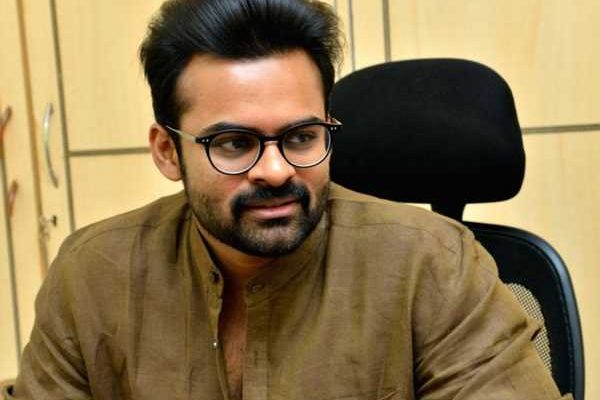 Although Sai Dharam Tej hails from the Mega family, his journey in Tollywood was not so easy. ai Dharam Tej has some successful films to his credit such as Supreme, Chitralahari, Subramanyam for Sale, Prati Roju Pandage and Solo Brathuke So Better.  According to the latest report, Sai Dharam Tej has donated Rs 10 Lakh along with Jana Sena Party to the victims of farmer families who lost their breadwinners to bankruptcy suicides. Sai Dharam Tej’s gesture is winning the appreciation.

It is also being heard that the family members of Pawan Kalyan including his brother Naga Babu, sisters Vijayadurga and Dr Madhavi and nephews Varun Tej, Vaishnav Tej and niece Niharika  Konidela donated Rs 35 lakh to Jana Sena party to help the families of the tenant farmers who ended their lives by committing suicide.

Jana Sena party had earmarked fund of Rs 5 cr and has been helping the families of the tenant farmers across the state.

On the work front, Sai Dharam Tej  is also set to share screen presence with Pawan Kalyan in the film which is the remake of the Kollywood film Vinodhaya Sitham. The upcoming remake is directed by Samuthirakhani and in this film he will share the screen space with Ketika Sharma. He has also resumed the shoot of SDT15 under the direction of  Karthik Dandu.