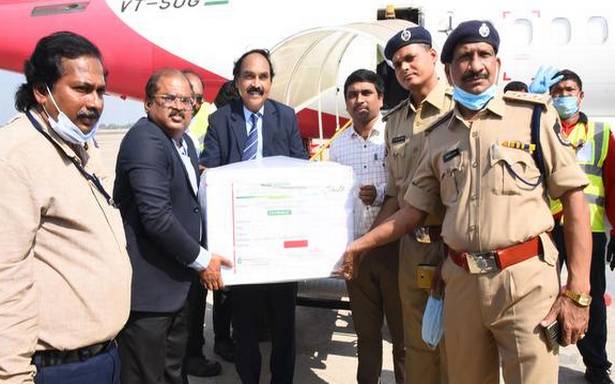 Ten months after the first COVID case was reported in the State, the first batch of Covishield, COVID-19 vaccine approved for restricted emergency use, was received at the Vijayawada airport at Gannavaram on Tuesday.

Over 4.77 lakh vials of the vaccine were transported to the State via private aircraft. Collector A.Md. Imtiaz, Airport Director G. Madhusudhana Rao and other officials received the packages at the airport.

The vaccines were immediately transported to State’s vaccine cold storage facility with walk-in freezers and walk-in coolers at Gannavaram amid tight police security.

The vaccines will be sent to 13 districts in 19 insulated vaccine vans that can maintain 2 to 8 degrees Celsius temperature.

In Krishna district, vaccine administration will begin on January 16 at 30 session sites and 3,000 health workers would be the recipients, Mr. Imtiaz said. So far, 36,500 health workers had registered themselves for vaccination in the first phase and in the second phase over 50,000 frontline workers including police, revenue, municipal and other departments staff would be vaccinated and 18,000 of them had registered, he said.

In the third phase, all people aged above 50 years and those with comorbid conditions would be vaccinated, Mr. Imtiaz added. 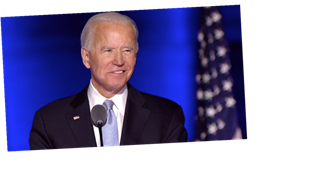