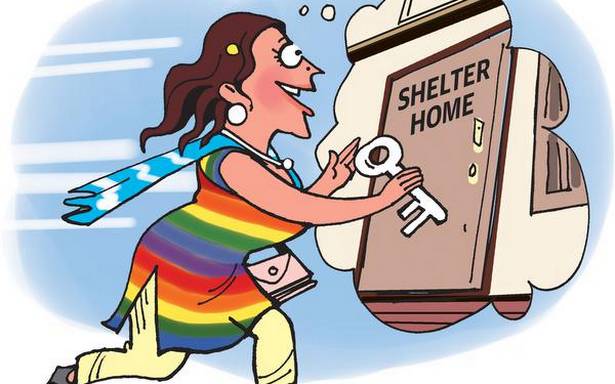 A year ago, a teenage boy from Pathanamthitta dropped out midway through graduation and abandoned his home not having the courage to declare his sexual orientation to his family.

Since then, he had a sex reassignment surgery (SRS), turned a transwoman and ended up in a home for transgenders engaged in sex work in Coimbatore. The youngster’s family remains under the impression that he is away on a job. Later, the person fled to Kochi and took refuge in the transgender shelter home here for a while.

Most of the 55 transwomen who have taken shelter at the home at different points since it turned operational in March-end have similar or more harrowing tales to share. It is the only home for transwomen in Kerala under the Social Justice Department, the other in Thiruvananthapuram being for transmen. At present, the home has nine residents.

“Unlike the popular perception, the nightmare for transpeople does not begin once they announce their sexual orientation to their families and get ousted consequently. It dates back to their childhood when they were sexually abused even by parents and teachers, taking advantage of their confusion and the generally docile nature,” said Greeshma Saji, a counsellor.

In many cases, even the families receptive of their existential reality are forced to send them away fearing public humiliation. Many residents of the home go and stay with their families, as the home permits such a three-day visit.

With the government assistance for SRS often getting delayed, desperate transpeople are often forced into sex work for raising resources for the twin surgeries, each of which costs around ₹1.20 lakh. “This is a very sensitive community, which easily trusts people and hence ends up exploited,” said Ms. Saji.

“Mostly, those who don’t have a place to go or recover after SRS take refuge in the home. Those who either have the transgender ID issued by the government or at least applied for it are admitted here. The facility is being publicised through the social media accounts of the Social Justice Department and those of the transgender community,” said Subair K.K., District Social Justice Officer.

While the stay is restricted to three months, it is extended on compassionate grounds. The home funded by the Social Justice Department is being run by Jyothis Bhavan under the CMC Vimala Province, which has been running a general shelter home for over four years now. The home has five staff members, while the services of a doctor and a psychiatrist are available on call.

“We can accommodate 20 members at a time. Information about the home is increasingly being spread through word of mouth among the transgender community,” said Sister Teslin, superintendent of the home.