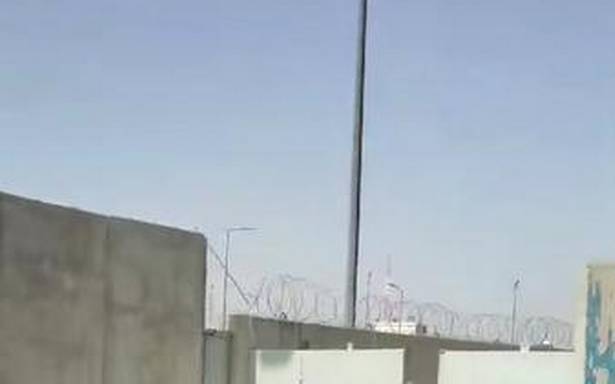 We seek help so that we do not suffer at the hands of people who could do anything, he says in appeal on social media

An academic from Kashmir, who is stranded outside the airport in Afghanistan’s capital Kabul, on Saturday uploaded an SOS on social media seeking help from the Indian government to nominate a point man who could help them in their evacuation.

“We are around 280 [Indian] people. Everyone is blank and clueless. We are not able to enter the Kabul airport despite reaching around 12 a.m. [on Friday night],” Dr. Mohd Asif Shah, an assistant professor of Economics, said in a video message.

He described the situation outside the Kabul airport as “chaotic” and “scary”. “Tens of thousands of people are marching towards the Kabul airport. Every country has own personnel who take their citizens inside. However, there is no official for us. We seek help so that we do not suffer at the hands of people who could do anything,” Mr. Shah said.

He asked the Indian government, especially the Ministry of External Affairs, to appoint an official at the Kabul airport, who could help them enter inside.

In a message wired to a friend in Kashmir, Mr. Shah said he was passing through “a distressed condition”.

“There is a very serious situation of chaos and confusion. There are chances of retaliation and confrontation. The Indian government has already closed its embassy and left all citizens in confusion,” he reportedly wrote to his friend in the Valley.

Mr. Shah also said there was no accommodation available. “The airport is under U.S. control and security personnel are continuously firing gunshots in the air to disperse people,” he said.

At least three Kashmiris are reported to be trapped in Afghanistan after the Taliban’s takeover of the country. The families of two youths, who teach in Kabul and hail from south Kashmir’s Kulgam, had sought the intervention of the Lieutenant-Governor to ensure the safe return of their kin.