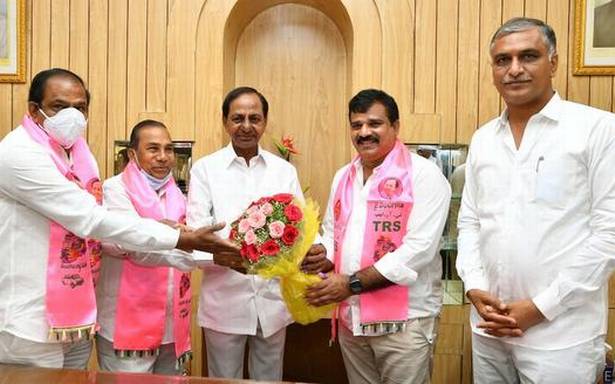 Together they will change the landscape of Sangareddy district

In a move that would provide assured irrigation to large areas in the district the State government has accorded administrative approval for two lift irrigation projects — Basaveswara and Sangameswara — in Sangareddy.

The projects, to be taken up at an estimated cost of ₹ 4,409 crore, together would irrigate 3.84 lakh acres in Andol, Sangareddy, Zaheerabad and Narayanakhed constituencies.

“After careful examination of the proposal of Engineer-in-Chief (General), I&CAD, in his letter read above, government here by accorded administrative approval for the amount of ₹ 2,635 crore to the provisional estimate for the earth work, excavation, formation of canal embankment, including construction of CD and CM Works, approach canal, canal lining, construction of pump house, pressure mains, strengthening of existing reservoirs and development of entire canal network system to irrigate an ayacut of 2.19 lakh acres in Zaheerabad, Andol and Sangareddy Assembly constituencies under Sangameswara Lift Irrigation Scheme and seek financial assistance from NABARD,” read the order issued on September 23 by Special Chief Secretary Rajat Kumar.

Basaveshwara Lift Irrigation Scheme, for which administrative approval was accorded for ₹ 1774 crore, would irrigate about 1.65 lakh acres in Narayankhed and Andol Assembly constituencies. Financial assistance is being sought from NABARD for this as well.