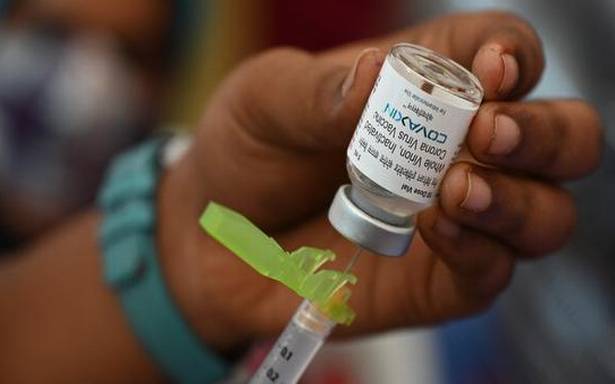 Statistics projected in the Supreme Court raise a concern whether augmentation of vaccine production will be adequate to inoculate the population between 18-44 years of age across the country.

The court’s amici curiae, senior advocates Jaideep Gupta and Meenakshi Arora, did a simple calculation to raise this concern.

They said the total population of this age group is 59 crores. This would require around 122 crore doses. Based on reports, the existing manufacturers (Serum Institute of India and Bharat Biotech India Limited) would be able to produce less than 10 crore doses a month, they said. Optimistically, around 15-20 crore doses of Sputnik V would be available per month.

“At this rate, it would take around 12 months for the population in this age group to be inoculated, by which time the virus may have mutated, causing further waves of the pandemic,” the top court recorded its amici’s projection in a May 31 order.

Their concern has prompted the court to order the Centre to produce its roadmap on the “projected availability” of vaccines till December 31, 2021.

The court also wants to know how the Centre plans to meet the medical needs of children in case of a third wave. The amici’s apprehensions about scarcity of vaccines has prompted the court to ask the Centre whether it is permissible for individual States and local bodies to procure vaccines from abroad.

But Solicitor General Tushar Mehta, for the Centre, has claimed that 100 crore people would be vaccinated by December-end. But the Centre’s affidavit is not sure.

“The Centre has claimed that it will be able to vaccinate a substantial number of persons (around 100 crore persons requiring 200 crore doses) by December 2021. However, no projections have been shared with this court regarding how this target would be achieved. Based on reports, it appears that the UoI [Union of India] has factored a number of vaccines that are currently in their development stages to reach its projected number of 200 crore doses. This approach would be misguided as the success and efficacy of vaccines that are currently in the stage of clinical trials is uncertain and cannot be guaranteed,” the amici responded to Mr. Mehta’s claim.

Even the Centre’s affidavit is not sure about its claim.

“The availability of vaccines for the next six months would be difficult to project as it is dynamic and contingent on foreign procurement and successful ramping of production by the two existing manufacturers,” the affidavit informed the court in early May.

The affidavit, with regard to the augmentation of production of vaccines, stated that the National Expert Group on Vaccine Administration for COVID-1923 had procured 6.6 crore doses for the initial phases. Besides, the ‘Mission COVID Suraksha’ is supporting other vaccine candidates under clinical development.

“The Central government is in talks with several vaccine developers/manufacturers outside India and is seeking to facilitate imports. The Drugs Controller General of India has already approved import of 1.5 lakh doses of the Sputnik V vaccine by Dr. Reddy’s Laboratories,” the Supreme Court reproduced excerpts from the affidavit.

“The regulatory and testing process for foreign vaccines has been simplified by the NEGVAC, which now allows bridging trials (a nearly four-month long process) of foreign vaccines to occur simultaneously with market development,” the Centre has informed the court.