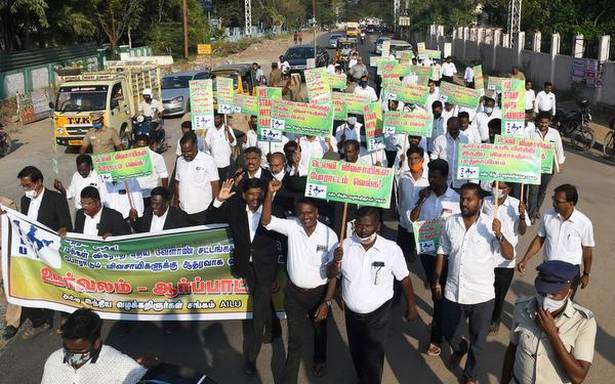 All India Lawyers Union on Tuesday staged a demonstration at Tallakulam here against the newly enacted farms laws. Advocates raised slogans in support of farmers and said that the new farm laws were against the interest of the farmers.

Advocates who took out a march from the District Court to Tallakulam said agriculture was the backbone of the country. The farm laws catered to the interest of the Corporate companies, they said at the demonstration.

Agriculture is under the State list. Therefore, the State government must oppose the new farm laws that were against the farmers, said All India Lawyers Union General Secretary N. Muthu Amuthanathan.